Russia said  it was concerned that the situation in Syria may develop similar to the Iraqi scenario, and called for a peaceful Middle Eeast, Xinhua reported. 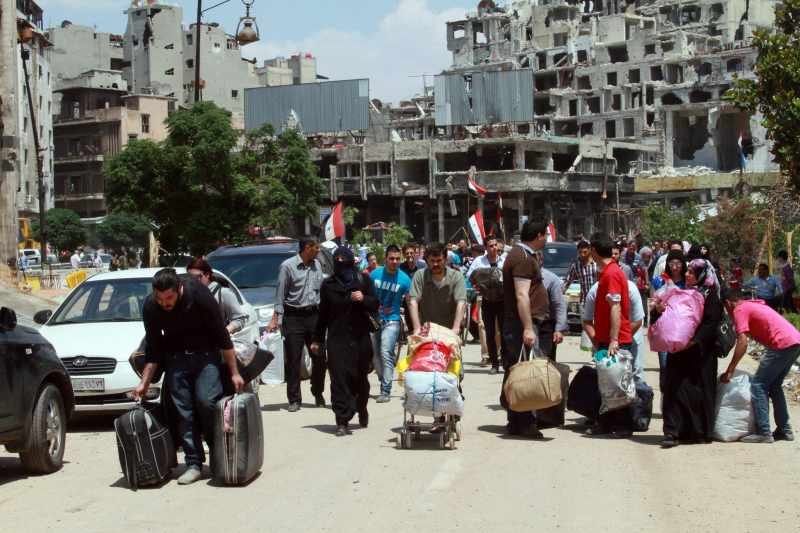 “Geopolitical situation in the Middle East has been influenced by many internal and external factors,” Xinhua cited Russian Deputy Defence Minister Anatoly Antonov as saying to the Interfax news agency Monday.

“One should not let the situation (in Syria) to deteriorate and develop along the Iraqi scenario,” Antonov said.

Antonov noted that many Middle East countries have been on the brink of disintegration following the so-called “Arab Spring” revolutions which, in his opinion, have brought about stability and prosperity to no one.

He added that terrorism also remained an acute problem for that region.

“In some areas of the region there are a huge number of well-trained militants who can move to the other countries at any moment,” Antonov warned, adding that if the terrorists would seize weapons of mass destruction (WMD), it could evolve into a global crisis.

That was why all the countries are interested in predictable and peaceful development of the Middle East, Antonov said.

He hailed the ongoing work of the international community of removing chemical weapons from Syria, adding Russia supported the idea to declare entire Middle East a WMD-free zone.

“It is very much important that all Middle East countries to participate in all international conventions (regarding the WMD),” Antonov said.

He also urged all the countries of the region to put their nuclear facilities under control of the International Atomic Energy Agency (IAEA) and to sign the Comprehensive nuclear tests ban treaty (CTBT).