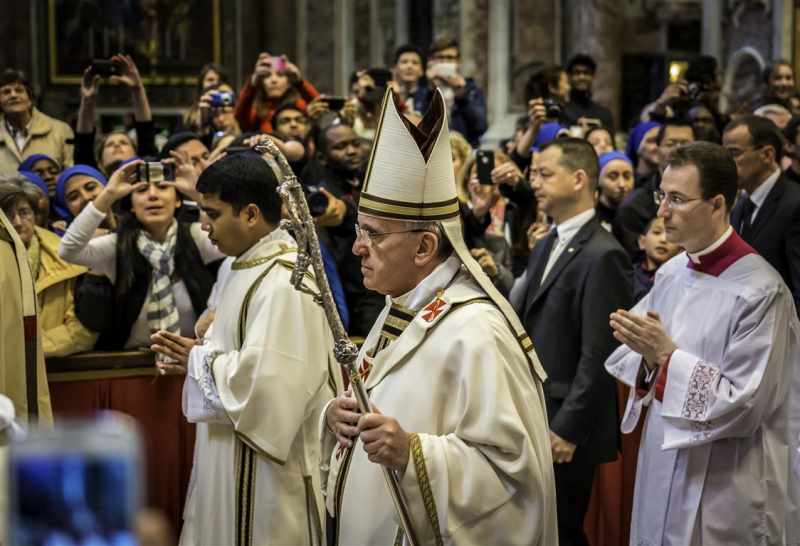 Pope Francis arrived in Jordan Saturday to begin his Middle East tour in which he aims to boost ties with Muslims and Jews and ease an age-old rift within the branches of Christianity, media reported.

A rabbi and an imam will accompany him.

Pope Francis’s journey to Jerusalem marks the 50th anniversary of the historic meeting in the holy city between Pope Paul VI and the head of the Orthodox Church, Patriarch Athenagoras.

The meeting had ended 900 years of separation and enduring antagonism between the Eastern and Western branches of Christianity.

He will also meet current Ecumenical Orthodox Patriarch Bartholomew, and will sign a declaration of friendship.

Pope Francis will be the fourth leader of the Roman Catholic Church to visit Jerusalem, after Popes Paul VI, John Paul II and Benedict XVI, who visited the city in 2009.

He will visit Bethlehem in West Bank Sunday and preside over a mass in Manger Square, the supposed site of Jesus Christ’s birth.

The pope will visit the al-Aqsa mosque complex in Jerusalem’s Old City followed by the Dome of the Rock and the Western Wall Monday.