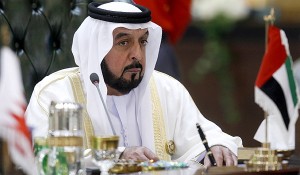 It signalled the Gulf state is progressing in its energy plans by expanding its nuclear power plants, Gulf News reported.

The UAE, one of the world’s major oil suppliers, is currently building four nuclear power stations in Baraka, a western region of the capital city Abu Dhabi.

The UAE announced in December 2009 to develop nuclear energy for peaceful purposes to reduce the emirates’ dependency on oil and gas. Its Energy Ministry estimates that by 2020 up to 20 percent of the country’s domestic electricity and energy consumption will be nuclear energy.

Currently the country’s domestic energy comes almost entirely from hydrocarbons. The first nuclear plant is scheduled to be completed and start producing electricity by 2017, while the other three will be connected to the national electricity grid by 2020.