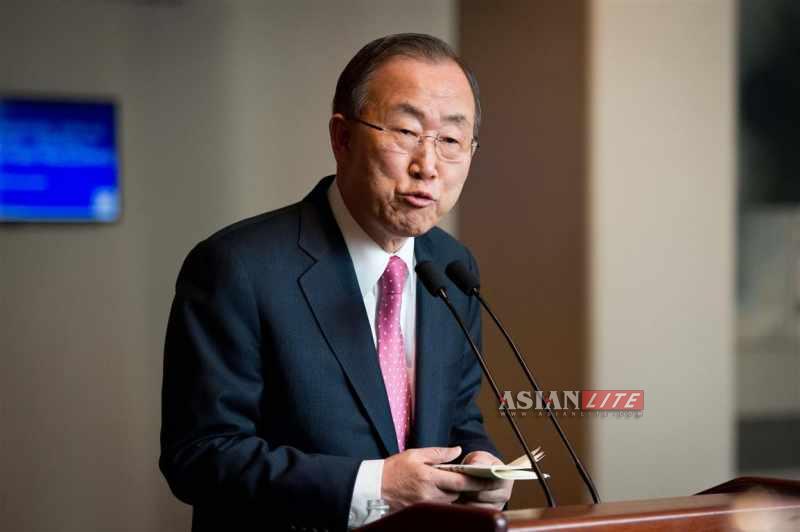 UN Secretary General Ban Ki-moon Thursday called on Israel to “heed the calls of the international community to freeze settlement activity”, as he voiced his deep concern over further construction by Isreal in West Bank.

“The secretary general is deeply concerned by reports that Israeli authorities have issued tenders for the construction of over 1,400 new housing units in settlements in the West Bank, including in occupied East Jerusalem,” Xinhua quoted a statement issued here by Ban’s spokesperson.

“As the United Nations has reiterated on many occasions, the building of settlements on occupied territory is illegal under international law.”

The UN chief recalled his May 1 statement, urging both parties to exercise prudence and to avoid taking unilateral actions on the ground that would further diminish the chances of reaching a negotiated final peace agreement.

“The secretary general calls on Israel to heed the calls of the international community to freeze settlement activity and abide by its commitments under international law and the road map,” the statement said.

The building of settlements in the West Bank caused peace negotiations between Israel and the Palestinians to break down in 2010.

The Palestinians and international community consider all settlements built in the West Bank and East Jerusalem as illegal because they are built on territories Israel occupied during the 1967 Six Day War.