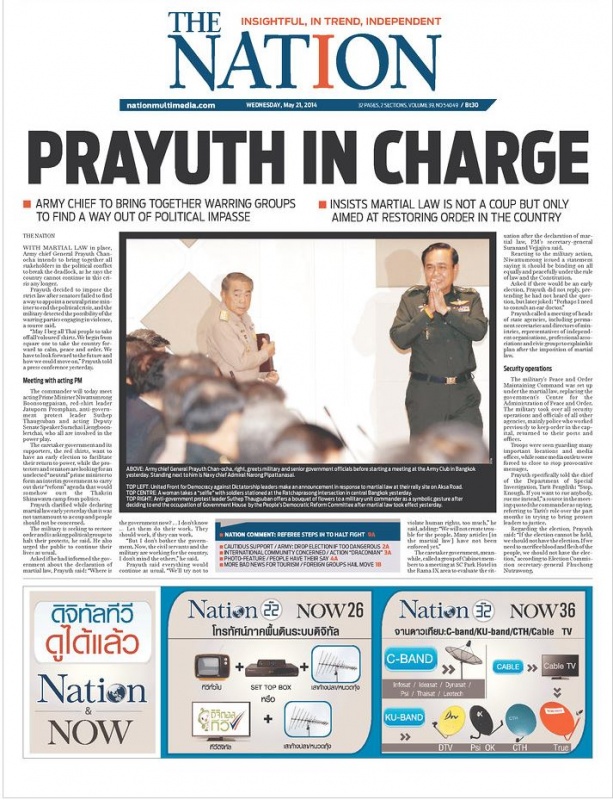 In a televised statement, the army chief said the military would restore order and push through political reforms.

The BBC’s Jonah Fisher, in Bangkok, says the move appears to confirm that a full-blown coup is under way.

Thailand has faced a power struggle since Ms Yingluck’s brother, Thaksin Shinawatra, was ousted by the military as prime minister in 2006.