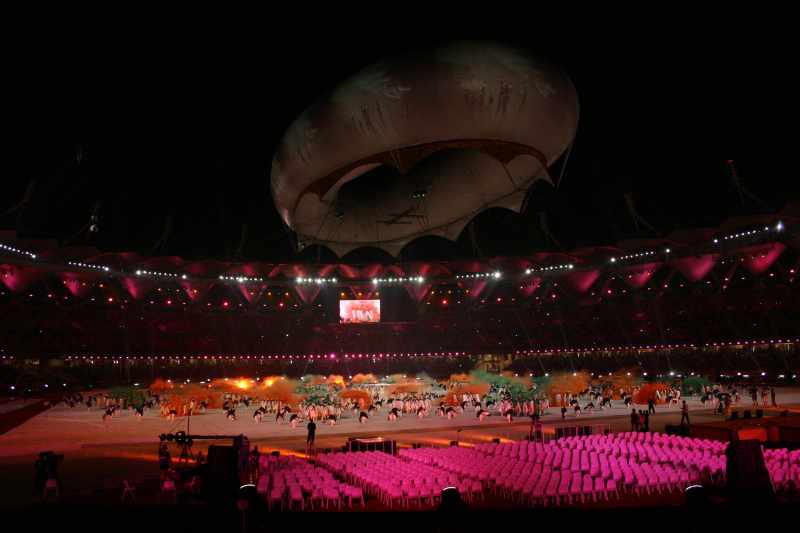 After the perceived corrupt practices in the run-up the 2010 Commonwealth Games, both the government and the sports administrators will think twice before bidding for another sporting extravaganza. Yet, the reconstututed Indian Olympic Association (IOA) has the gumption to ask the new government, likely to be installed next week, to consider bidding for the 2019 Asian Games.

It is courageous of the IOA to bid for the event after Vietnam pulled out, citing financial constraints. Ironically, Indonesia, which lost Surabaya’s bid to Hanoi, is pulling out all the stops to get the Games.

It appears the IOA was confident like many in the country that Modi would come to power and it has decided to approach the new dispensation afresh despite the outgoing Manmohan Singh government rejecting its earlier proposal.

Is the IOA so presumptuous to think that the new government would take up its plea as a priority subject soon after taking over or is it merely prodding Modi to prove to the world that he can do a better job than what his predecessor did with the Commonwealth Games?

What the government and the IOA should realise is that no mega sporting event anywhere in the world has ever escaped public scrutiny – rightly so as the tax-payer’s money is involved in organising it.

By a coincidence, it was a Janata Party MP of Jana Sangh vintage, Vijay Kumar Malhotra, who revived the 1982 New Delhi Games when the dispensation came to power in 1977 after the bid document was lost in the labyrinths of the Emergency priorities of the Indira Gandhi government.

Malhotra got 200 MPs to sign a memorandum to then prime minister Morarji Desai on the need to honour international commitments. A parallel move by Dinesh Goswami, who brought together MPs to form a sports club to improve their fitness, also helped the cause as more and more MPs enthusiastically showed interest in the Games.

Morarji Desai agreed to pledge government’s support for the bid, thinking the expenditure would be in terms of pmly lakhs of rupees! When Malhotra explained that it would run into crores, the austere Gandhian was not impressed. And his cabinet colleague Charan Singh came up with an ingenious idea of rejecting the Games proposal and allocating the money to improve farm production by providing irrigation facilities!

Eventually, Malhotra had his way and the bid was cleared. When Charan Singh saw the plan to spruce up the Capital for the Games with a number of flyovers, he was livid. He only wanted a couple of stadiums built, nothing more.

Ironically, after the Games, the flyovers were in greater use in facilitating the smooth flow of traffic than the stadiums, which turned out to be white elephants!

An organising committee was formed under Malhotra, but even before the blueprint for the Games could get translated into project works, the Janata Party government went out of office and Indira Gandhi was back.

She was agreeable to the Games, but on the condition that a new special organising committee be formed replacing Malhotra’s. An orchestrated vote in the IOA saw Malhotra getting thrown out and he did not make a serious issue of it, saying he was more interested in the Games than presiding over the organising committee.

An Asian Games Special Organising Committee was formed under Vidya Charan Shukla, who soon fell out with Gandhi and Buta Singh was her new choice.

What actually gave fillip to the infrastructure construction was the involvement of Rajiv Gandhi in overseeing the entire Games preparation with his close friends Arun Nehru and Arun Singh.

The experience helped Rajiv Gandhi when he took over as the prime minister and that one big chance his son Rahul Gandhi missed out when he refused to get into the nitty-gritty of the Commonwealth Games. If only he had done what his father did, both he and the Games would have benefited enormously.

The 1982 Asian Games, hosted for the second time by India after the token inaugural edition in 1951, gave a new look to Delhi and the infrastructure built was truly fabulous.

The main Jawaharlal Nehru Stadium, the Indira Gandhi Indoor Stadium, the Games Village and the auditorium at Siri Fort and the Karni Singh Shooting Range may not have come up so soon if the Games had not happened.

The well-lit stadiums and the flyovers under Delhi’s night sky became sightseeing spots for the people, who rejoiced the Games.

Even after 33 years, the 1982 Asian Games hymn, ‘Itha swagatham subhaswagatham’, gives one goose bumps – Pandit Ravi Shankar’s melody is so captivating. Wonder if anyone remembers A.R. Rahman’s theme song for the 2010 Commonwealth Games?

The Commonwealth Games over three years ago were as impressive and the city glowed even more this time.

If the 1982 Asian Games became the harbinger of a technological revolution in the country with the introduction of colour television, the same television in its chase for TRPs smelt a rat at every nook and corner of the new infrastructure for the Commonwealth Games and relentlessly attacked the vulnerable politicians.

The Commonwalth Games were projected as an unwanted child born out of corruption. Charges flew left, right and centre and the courts are yet to convict or let off those men and women whose careers and reputations have already been ruined or damaged on mere perception of graft, to start with.

Every mega sports event has a magnetic effect on the sporting public of a country and having witnessed such acrimony, will the new government or the new IOA set-up stick their necks out? Even Modi and his close aide Amit Shah will be wary.

(Veturi Srivatsa is Sports Editor at IANS. The views expressed are personal. He can be contacted at v.srivatsa@ians.in)