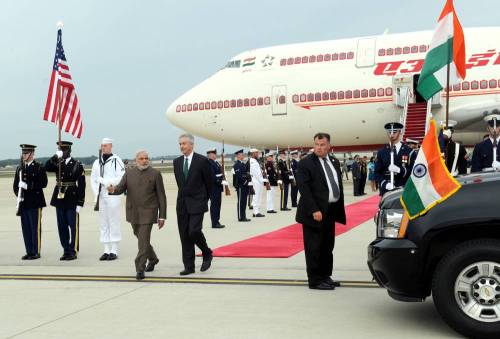 Indian security agencies have launched an investigation into the discovery of a defused explosive on board an Air India VVIP special aircraft at Jeddah Airport early Saturday.

Confirming the development, Air India officials guardedly said here Saturday that “a probe is under way” to unravel how, where and when the major security breach occurred.

According to AI sources, the aircraft, a Boeing 747 was an emergency stand-by aircraft intended for use by Prime Minister Narendra Modi in case his regular aircraft developed any last minute snags.

The aircraft was kept in complete readiness at Indira Gandhi International Airport, New Delhi, and released Friday for commercial operations after Modi’s return to India.

After release from stand-by VVIP duty, it was operated as a scheduled domestic-cum-international sector Delhi-Mumbai-Hyderabad-Jeddah flight.

The defused explosive was discovered early Saturday by security officials from the business class section of the aircraft after the flight landed at Jeddah.

AI officials remained tight-lipped whether the explosive was a grenade or a bomb, and why it was not found when the aircraft was flying on the domestic sector. They said the report of the investigations, ongoing at Jeddah Airport, is awaited.