Prime Minister Narendra Modi arrives in Brazil to attend the BRICS  summit. He held its first meeting with Chinese President Xi Jinping. The meting was lasted more than an hour

The Indian prime minister conveyed India’s desire to maintain peace at the border. The Chinese President invited PM Modi to Beijing for a summit of Asia and Pacific (APEC) leaders in November.

Mr Modi posted a picture of the meeting and tweeted, “Had a very fruitful meeting with Chinese President Mr. Xi Jinping. We discussed a wide range of issues.”

During his campaign for the general elections this year, Mr Modi had taken a strident position on incursions by the Chinese army into Indian territory and had warned China against its “expansionist designs”. But in the Brazilian town of Fortaleza, ahead of the sixth BRICS summit, Mr Modi engaged diplomatic levers to convey his message. This is the new PM’s first foreign visit with multilateral engagements. BRICS or Brazil, Russia, India, China, South Africa is a group of emerging economies, NDTV reported.

Over the last five decades, New Delhi has accused China of occupying 38,000 sq km of Indian territory, while Beijing lays claim to 90,000 sq km of land in Arunachal Pradesh. Last year, tension escalated when India alleged that Chinese troops had crossed over into the Ladakh region. 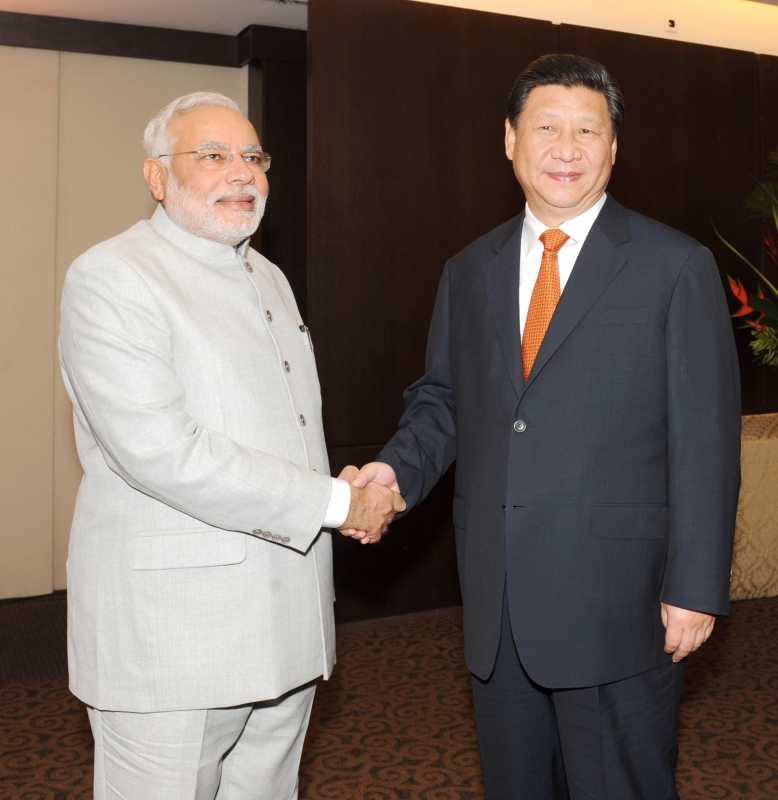 The two leaders decided to work to improve ties and build an atmosphere of mutual growth. China is India’s largest trading partner and their combined trade volume was 49.5 billion dollars in April-Dec last year. Modi reportedly emphasised that boosting economics and better relations between the two countries will remain his top priority.

Sources said the two leaders had prepared for their first meeting and began the dialogue by talking about the other’s career – Mr Modi brought up Mr Xi’s experiences and speeches and the Chinese president is said to have talked about Mr Modi’s term as the chief minister of Gujarat.