Over 100 militants were killed and eight hideouts destroyed in a predawn airstrike launched by the Pakistani army in the country’s northwestern tribal area of North Waziristan, the media reported Sunday. 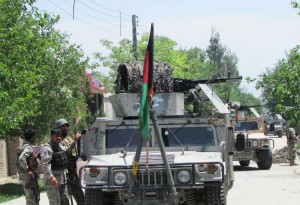 Abu Rehman, an Uzbek militant group leader who is believed to be the mastermind of the last Sunday attack on Karachi airport, was also killed in the operation, Xinhua quoted the local Urdu TV channel Dawn as saying.

The operation started at about 2:30 a.m. Sunday when the army’s F-16 fighter jets launched a massive air strike at eight hideouts of Uzbek militants in the Boya and Datta Khel Tehsil areas of North Waziristan, said the reports.

Late on Saturday, prior to the operation, the Pakistani army reportedly issued an ultimatum to the foreign militants dwelling in North Waziristan, a restive tribal area bordering Afghanistan, demanding them either to leave the area or give up arms.

Sunday morning’s air strike is seen as a retaliation for the deadly attack on Karachi airport last Sunday night, which left 40 people including all 10 attackers killed and over 20 others injured.

Both Pakistan Taliban and an Al Qaeda-linked Uzbek militant group have claimed the responsibility for the Karachi attack.