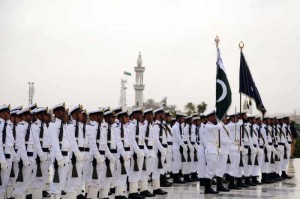 Pakistan Thursday denied any presence of supporters of the Islamic State (IS) Sunni extremist group in the country and reiterated that it is against terrorism in all its forms and manifestations.

No government source has confirmed presence of the IS supporters in the country, said foreign ministry spokesperson Tasnim Aslam, reported Xinhua.

Aslam was responding to questions concerning statements of some Pakistani clerics that alleged that recent attacks in Karachi showed that there have been some IS foot print in Pakistan.

The attack on the Karachi Dockyard Sep 6 was the fourth big Taliban attack since the launch of the North Waziristan offensive.

The military operation ‘Zarb-i-Azb’ was launched by the Pakistan army June 15 following a brazen militant attack on Karachi’s international airport and failure of peace talks between the government and Tehreek-i-Taliban Pakistan (TTP) negotiators.

Aslam, however, evaded a direct reply to whether the US has sought Pakistan’s help in the fight against the IS.

“We are determined to take action without any discrimination,” the spokesperson said.

Some unidentified people had distributed IS pamphlets and flags in parts of northwest Pakistan and Afghan refugee camps this month, seeking support for the Sunni militant group.

The pamphlets titled ‘Fatah’ (victory) were published in Pashto and Dari languages and distributed in Peshawar, the capital of Khyber Pakhtunkhwa.