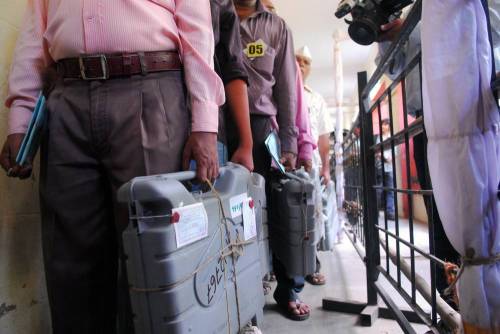 The Election Commission of Pakistan (ECP) has decided to introduce electronic voting machines and use them in the 2018 polls, media reported Tuesday.

ECP secretary Ishtiak Ahmad Khan said the commission would call for an immediate amendment to the Constitution to remove legal barriers in the way of introducing the technology, after which the pilot project would be launched, Dawn online reported.

He said the commission has plans to launch the pilot project in six months if parliament makes the requisite amendment within the next two months.

He said the electronic voting system would help address complications arising out of manual balloting.

“It will resolve the issues of printing of ballot papers and counting and compilation of results”.

The ECP secretary said each machine was likely to cost about $300.

Around 70,000 polling stations were set up in the last elections and most of them had two booths, thus the commission would have to procure at least 150,000 machines.

A similar exercise was carried out before the 2013 elections and some vendors were shortlisted, but the proposal was dropped due of lack of adequate legislation.