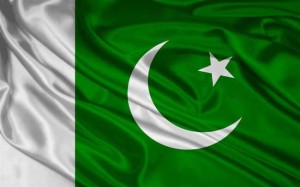 The Pakistan-India Peoples Forum for Peace and Democracy (PIPFPD) Indian chapter has urged Pakistan not to send back two Indian journalists and renew their expired visas.

The visas of the two Indian journalists – based in Pakistan since August 2013 – expired in March, PIPFPD office-bearers Asha Hans and Jatin Desai said in a joint appeal here Tuesday.

“Since then both – Meena Menon of The Hindu and S. Philip of the PTI – have been trying hard to get them renewed. There has been no provocation on their part,” they said.

“The surprising part is that they were only telephonically informed and given a week’s time since last Thursday to leave the country. So far, there has been no official written communication,” Desai told .

Hans and Desai pointed out that asking the Indian journalists to leave Pakistan would send a wrong message at a critical juncture when the Lok Sabha elections are taking place in India and would only help hardliners.

“In the world and especially when Indians and Pakistanis want closer ties and a much more open visa policy, we are of the opinion that both the governments should allow more journalists into each other’s country,” they said.

The PIPFPD, expressing hope of justice for the two Indian journalists, also welcomed the recent statements by Pakistan Prime Minister Nawaz Sharif and Pakistani High Commissioner in India Abdul Basit that they will work with any government that comes to power in India.

Earlier, the Press Club of India and Press Club of Mumbai have also issued similar appeals and condemned the reported “arbitrary moves” to expel the two senior Indian journalists from Pakistan.