The police have constituted an inquiry committee to investigate the terror attacks at the Karachi nternational airport, media reported Thursday. 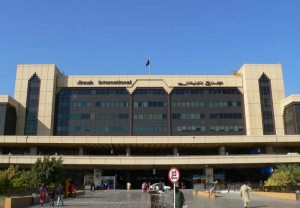 On Sunday night, an audacious terror attack was mounted at Karachi’s Jinnah International Airport, in which 23 people were killed including 10 militants.

On Tuesday, seven more bodies were found trapped in the airport’s cold storage. The victims in an effort to escape the attack, hid in the storage.

Also on Tuesday, the Airport Security Force (ASF) Academy’s camp near the airport came under attack from heavily-armed Taliban gunmen.

However, no casualties were reported in the second attack.

The Tehreek-i-Taliban Pakistan (TTP) claimed responsibility for both the attacks.

An Uzbek terrorist group, whose members are believed to be hiding in Pakistan’s restive Waziristan tribal region, has claimed that its fighters had staged Sunday’s attack.

Usman Ghazi, the leader of the Islamic Movement of Uzbekistan (IMU), claimed responsibility for the attack.

TTP spokesman Shahidullah Shahid has now claimed that it was a joint Taliban and IMU operation.

The IMU described the attacks as revenge for Pakistani air-strikes in North Waziristan May 21 that targeted areas populated by Uzbek and other foreign militants.