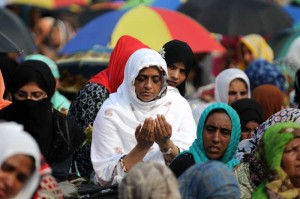 Pakistan Prime Minister Nawaz Sharif has condemned the murder of a Christian couple by a Muslim mob for allegedly desecrating the Koran. He termed it “an unacceptable crime”, a media report said .

“I have directed the Punjab chief minister to show no mercy and the law should take its course to punish those who are responsible for this act,” the report quoted Sharif as saying.

Police said an enraged mob had beaten a Christian couple to death and burnt their bodies in brick kiln.

Punjab Chief Minister Shahbaz Sharif has ordered a probe and the police have been told to beef up security at in Christian neighbourhoods, an official said.