Pinak Ranjan Chakravarty, former Indian ambassador to Thailand and  former secretary in the Indian Ministry of External Affairs looks in to Thailand’s regressive journey against march of history. Asian Lite, the best newspaper for NRIs and Asian diaspora, will report on the developments in Thailand. Keep reading

Thailand’s army generals know how to effect coups and have done it again. Another coup was announced on television by Thai army chief Prayuth Chan-ocha, flanked by other military leaders. To oust civilian governments periodically seems to be ingrained in the Thai army’s DNA. Political scientists trot out different figures for the number of coups that have taken place in Thailand since 1932, the year absolute monarchy gave way to a constitutional monarchy. 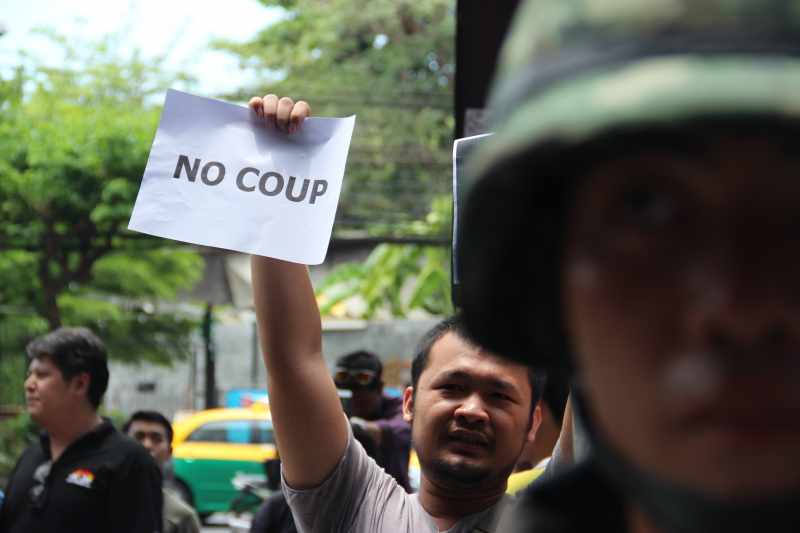 The number varies between 12 and 19. In the 1950s and 1960s, when Thailand was wracked by frequent coups, the most well-known political anecdote was that Thailand had three political parties – the army, the navy and the air force – who took turns to mount coups and counter-coups.
The latest ousted government was a caretaker one and elections are scheduled to be held July 20 this year, the second election in one year.
An earlier election in February was boycotted by the opposition and the election was declared null and void.

Earlier May 7, the Constitutional Court threw out the government of prime minister Yingluck Shinawatra after finding her guilty of misuse of power. Her crime – she had transferred the national security chief, appointed by the previous government, and appointed a relative of the divorced wife of former prime minister Thaksin Shinawatra, her exiled brother, as the police chief.
The struggle between the rural masses and the royalists has been continuing for some time and mobs of supporters have besieged government offices for the past six months. On May 20, the Thai army had declared martial law and introduced various curbs on the media. The coup is a logical culmination of these moves. 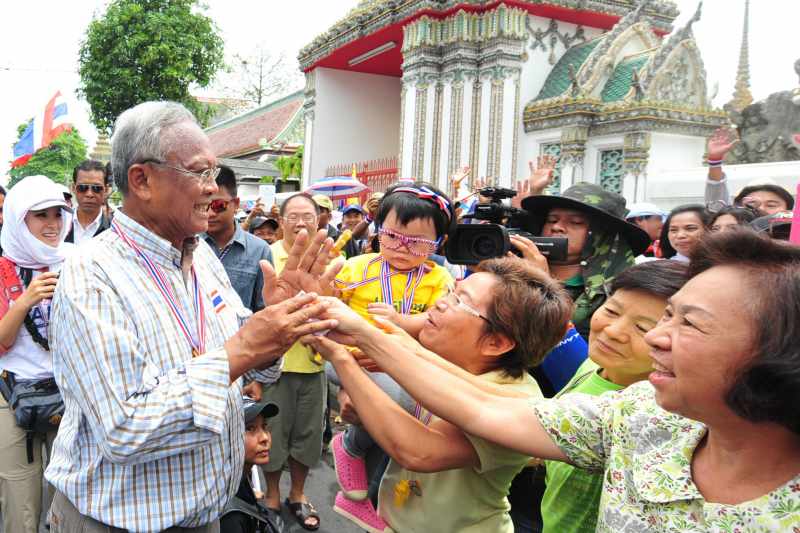 Army chief Prayuth has moved quickly to consolidate his hold over power. He has declared himself acting prime minister, suspended the constitution, imposed night curfew and dismantled the permanent protest sites in Bangkok of opposing supporters and sent them packing.
The Thai media has not been allowed to function normally and forced to play Thai military music. More than 150 leading politicians from across the political spectrum, including deposed prime minister Yingluck Shinawatra, have been asked to report to army establishments and some detained and others banned from leaving the country.

A small cabinet of serving and retired generals, assisted by a few suborned politicians, is expected to be in place to run the government.

The Land of Smiles, as Thailand is known, and Krung Thep i.e., Bangkok, are reasonably calm and there is no mass exodus of tourists from this most tourist-friendly Asian country and its undoubtedly vibrant capital city.

Coups in Thailand rarely degenerate into bloodshed. Thai politicians and the people are not prone to violence while opposing army rule, though some sporadic and peaceful protests have been visible in Bangkok.

International reaction has been somewhat muted. The US, Thailand’s long-standing ally since the days of the Cold War, has said that there is no justification for the coup and it would have negative implications. The US announced a review of its bilateral military relationship and called for immediate restoration of democracy.

India has also reacted in a low-key manner and announced that it is monitoring the situation. It has cancelled the annual joint military exercise, codenamed ‘Maitree’, between the two armies.

Thailand’s coup is a blow not only to the people of this middle-income country but also to the 10-member Association of South-East Asian Nations (ASEAN). The ASEAN functions on the principle of strict non-interference in the domestic politics of its members. So, there will be no reaction from this grouping.

The economy will definitely be affected as investors will hedge and hold back any new investment and may even look towards more stable democracies like Indonesia, the Philippines and even India under a strong government led by prime minister-designate Narendra Modi.

By the end of 2015, the ASEAN is scheduled to integrate into a common market. How Thailand’s coup will impact on this ambitious goal is a moot question. The ASEAN cannot achieve its full potential with political meltdown in one of its most dynamic economies.

Ostensibly, Thailand’s army generals may have been motivated by nationalistic sentiments to save their country from the squabbling and venal politicians. But a bunch of armed men in uniform running the government is hardly the preferred alternative for any country.

The real problem in Thailand is the lack of independent democratic institutions, with important institutions like the Senate, the higher courts packed with nominated and partisan people who act as a bulwark for the royalist coterie and its supporters.

The army chief has talked about political reforms before any elections can be held. If he means re-engineering the rules of the game, to prevent ousted prime minister Yinluck Shinawatra and her Pheu Thai party from participating in future elections, then it will be more of the same old medicine dished out by the army in the past.

If this is the road the army is likely to take, then Thailand’s dysfunctional polity cannot hope for restoration of democracy. Thailand has hovered between a flawed democracy and a moderate autocracy in its political history.

Thailand’s political salvation lies in allowing full play to democratic aspirations and not military rule. At a time when Myanmar, a military-dominated polity is moving towards democracy, Thailand’s regressive journey is against the march of history.

(The writer is former secretary in the Ministry of External Affairs and former Indian ambassador to Thailand. The views expressed are personal. He can be contacted at pr.chakravarty@gmail.com)