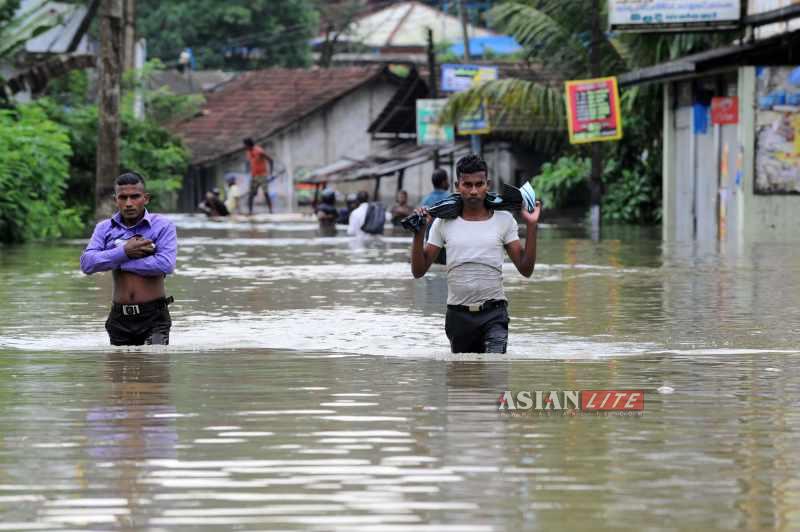 The Disaster Management Centre said that 26,688 families comprising 109,075 people have been affected by the rain, floods and landslides as of Friday afternoon, Xinhua reported.

At least 23 people were killed and one person remains missing.

Over 40 houses have been completely destroyed due to heavy rainfall and subsequent flooding in six districts while 101 more homes have been partially damaged.

Most of the deaths and damage have been reported from the Kalutara district in Western Province and relief efforts are going on, Disaster Management Minister Mahinda Amaraweera told reporters.

“We are providing compensation of SLRs.15,000 (about $115) to people who have lost family members. There has been criticism this is not enough but this is all that has been allocated from the finance ministry,” he said.

In Western Province 148 schools re-opened after being closed due to adverse weather conditions earlier in the week, the provincial council said.

President Mahinda Rajapaksa tweeted Monday that he had instructed his officials to “expedite relief measures to communities affected by the bad weather”.

Security forces and police have initiated flood relief measures to rescue people trapped or marooned due to rising water levels and roads being inundated.