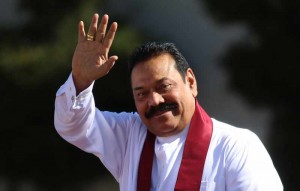 During Rajapaksa’s visit to China in 2013, both countries implemented strategic and bilateral co-operation.

Xi also urged both countries to launch negotiations on a China-Sri Lanka free trade area (FTA) as soon as possible.

China supports its companies to invest in Sri Lanka, and has participated in cooperation projects regarding industrial parks, economic zones, power, highways and railways.

The Sri Lankan president hailed the success of the fourth summit of the Conference on Interaction and Confidence Building Measures in Asia (CICA), and invited Xi to pay a state visit to Sri Lanka.