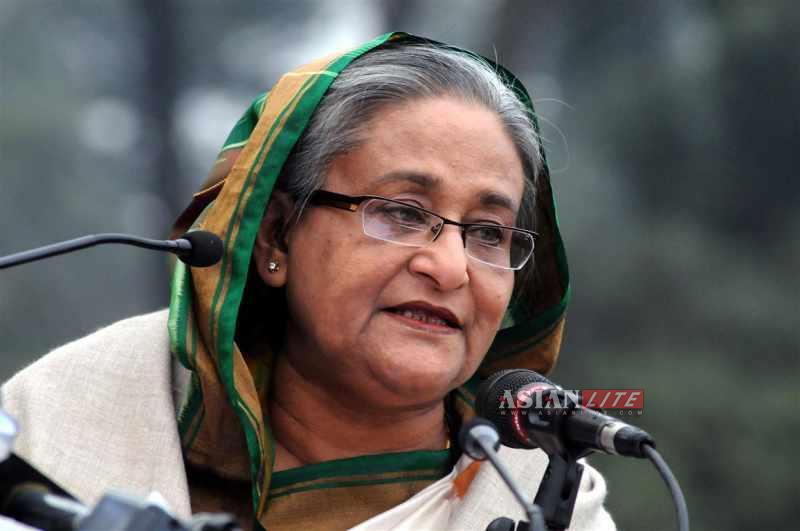 Bangladesh Prime Minister Sheikh Hasina said her country needs Teesta river water and it is India’s duty to ensure a fair share of it, a media report said.

“It is the Indian government’s responsibility. This is not my headache, but theirs. Talks will continue. I need that water,” Hasina said, reported bdnews24.com.

In a press briefing at her official residence, Hasina hinted at other options, if a treaty was not signed.

“We are the lower riparian country. The water has to come. If it (the deal) does not happen, then we have alternatives,” she said.

The Sheikh Hasina-led government began initiatives after assuming office in 2009 to ink a deal on Teesta water-sharing with India.

The treaty, however, was vetoed at the last minute by India’s West Bengal Chief Minister Mamata Banerjee despite New Delhi’s efforts to see it through.

The prime minister hoped that there would be no problem in taking bilateral relations forward with the new Indian government, observing she had dealt with five Indian prime ministers in her three terms in office.

“We worked, maintained good relations with them, and solved many issues. We sorted out the long-pending issue concerning the sharing of Ganges waters. We have reached a consensus on the Tipamukh dam,” she added.