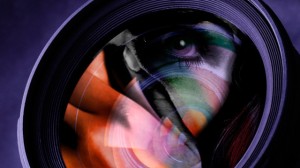 An international crackdown by the FBI and police in 19 countries has exposed a malware called “Blackshades” that enabled hackers around the world to secretly and remotely control victims’ computers.

The “”creepware” that allowed hackers to activate victims’ web cameras and steal files and account information may have infected over half a million victim computers in more than 100 countries, according to Manhattan’s Indian-American attorney Preet Bharara.

The global investigation “exposed and crippled a frightening form of cybercrime that has affected hundreds of thousands of users around the world,” he told reporters in New York Monday. Miss Teen USA Cassidy Wolf was one of the victims.

The sweep, capping a two-year operation, was coordinated so suspects didn’t have time to destroy evidence.

It included the arrest of a Swedish hacker who was a co-creator of Blackshades, Alex Yucel, who was apprehended in Moldova.

In total, one of the largest global cybercrime crackdowns has yielded the arrests of more than 90 people linked to the Blackshades malware, with more than 300 searches conducted, Bharara said.

Others arrested included Michael Hogue, who was nabbed in Arizona in 2012, pleaded guilty last year and now was cooperating with federal authorities, according to Bharara.

Two arrests in New York picked up Kyle Fedorek and Marlen Rappa, who both were charged with conspiracy to commit computer hacking and computer hacking, said documents posted on the website of Bharara’s office.

The malware, which sells for as little as $40, can be used to hijack computers remotely and turn on computer webcams, access hard drives and capture keystrokes to steal passwords-without the victim ever knowing it.

According to Bharara and the FBI, criminals have used Blackshades for everything from extortion to bank fraud, and it has become one of the world’s most popular remote administration tools, or RATs, used for cybercrime in just a few years.

“The RAT is inexpensive and simple to use, but its capabilities are sophisticated and its invasiveness breathtaking,” Bharara was quoted as saying by CNN.

“For just $40, the BlackShades RAT enabled anyone anywhere in the world to instantly become a dangerous cybercriminal, able to steal your property and invade your privacy.”

To prove his point, the FBI released screen grabs showing how the malware works, including an ungrammatical message that would pop up on the computer screens of victims.

Blackshades had grown rapidly because it was marketed as off-the-shelf, easy-to-use software, much like legitimate consumer tax preparation software, Leo Taddeo, chief of the FBI’s cybercrime investigations in New York, said.