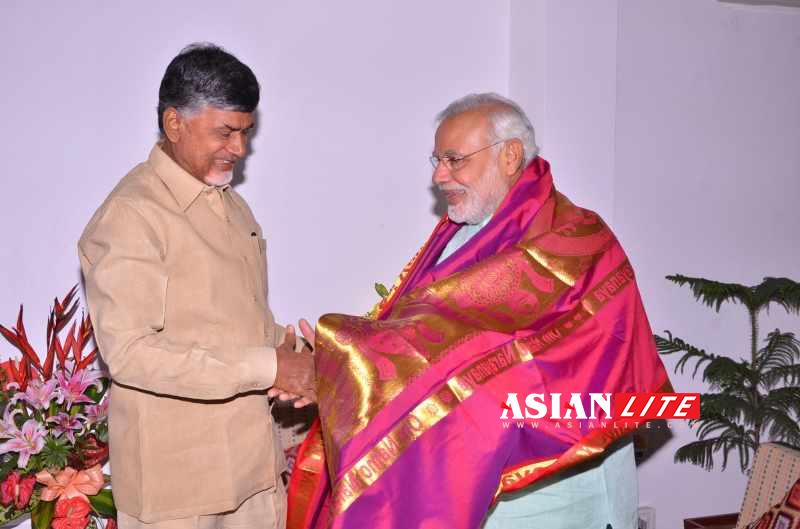 A small and compact cabinet under Narendra Modi is set to be sworn in Monday, with BJP leaders Rajnath Singh, Arun Jaitley, and Sushma Swaraj likely to get the top posts, according to party sources.

The cabinet is expected to be compact, and restructuring is expected in the government with some ministries likely to be merged.

“The prime minister designate has made a dent in formation of ministries, adopting guiding principle of minimum government and maximum governance,” a party source said.

“He has also rationalised a commitment to bring a change in the work culture and style of governance. It is a good beginning in transforming entity of assembled ministries to organic ministries. It will bring more coordination between different departments, and will be more effective and bring speed in process,” said the source, aware of the process of decision on various ministries.

The focus has been on convergence in the activities of various ministries where one cabinet minister will be heading a cluster of ministries in complimentary sectors.

“Modiji is eventually aiming at smart governance where the top layers of government will be downsized and there would be expansion at the grass root level,” said the source, adding Modi is aware of the high expectations of the people.

“For whole four days, he was busy with the formation of ministry and discussing various alternatives to effective governance, convergence and coordination between various ministries,” said the source.

BJP president Rajnath Singh appears set to be the next home minister, but internal security may be taken away from the home ministry and kept with the prime minister’s office. Talks are on over Rajnath Singh’s replacement in the party, with general secretary and former Himachal Pradesh minister J.P. Nadda among the contenders for the post.

While Arun Jaitley is likely to get finance ministry, Sushma Swaraj may get external affairs or defence.

However, coming out of the meeting, Naidu said that a ministerial post is not important.

“I did not ask for any representation,” he said.

“We are an ally of the NDA, power is not important, national development is important. Both in Andhra Pradesh and Telangana there are problems. Under his (Modi’s) leadership, we want a solution to these problems,” Naidu said.

TDP sources in Hyderabad however said Pusapati Ashok Gajapathi Raju is likely to be the lone face from the TDP to be inducted into the union cabinet Monday. This was believed to have been decided at the meeting Naidu had with Modi.

Ally Shiv Sena, however, said it expected “proper” representation in the cabinet.

“Shiv Sena is expecting good positions in the central government. The BJP has assured us that would happen,” said senior Sena leader Subhash Desai.

“We are confident. We are not at all bothered or worried about Shiv Senanot getting a proper share,” he said.

Sources said the Apna Dal, which won two seats in Uttar Pradesh, is also trying to find a place in the new cabinet.