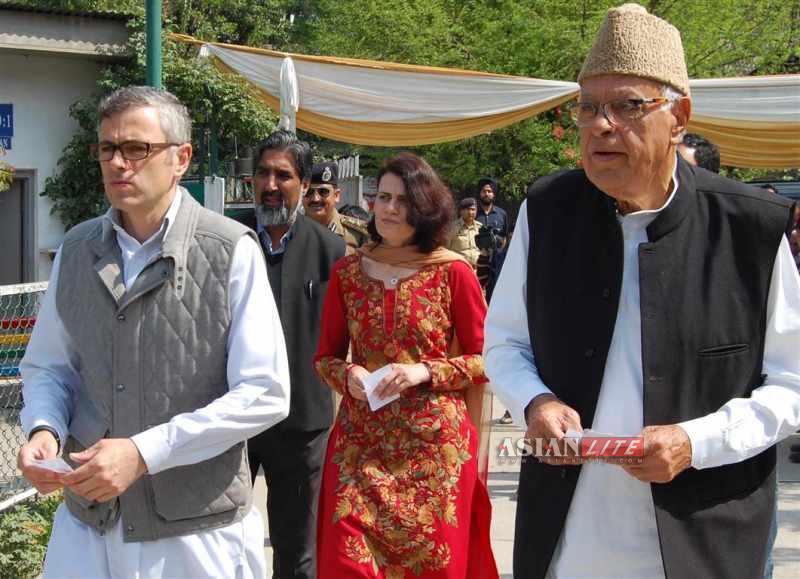 Jammu and Kashmir Chief Minister Omar Abdullah on Wednesday asked the central government to come clean on who are the “stakeholders” it was talking about on the contentious issue of revocation of Article 370 of the Constitution.

His comments came a day after Minister of State in the Prime Minister’s Office (PMO) Jitendra Singh stirred up a controversy by declaring the new government has started the process for repealing Article 370, which grants special status to Jammu and Kashmir within the Indian republic.

Speaking to journalists here Wednesday, Abdullah said: “We will oppose the move tooth and nail. Since it is the minister of state PMO talking and hence it is a policy matter. They (central government) must come clean and share who are the stakeholders they have talked to.”

Abdullah Tuesday reacted very sharply to Jitendra Singh’s statement asserting that either Article 370 will stay or Kashmir would cease to be a part of the country.

On criticism over the decision to assign Human Resource Development portfolio to Smriti Irani, Abdullah said: “I guess the issue is because she is a woman who has been given such a responsibility at such a young age.”

“Why should qualification be an issue here? Am I required to be a pilot to head the civil aviation ministry?” he asked.

The Rashtriya Swayamsevak Sangh (RSS) Wednesday hit back at Jammu and Kashmir Chief Minister Omar Abdullah, saying the state would remain an integral part of India irrespective of Article 370 being repealed or not.“J&K won’t be part of India? Is Omar thinking its his parental estate? (Article) 370 or no 370 J&K has been and will always be an integral part of India,” RSS spokesman Ram Madhav wrote on his Twitter handle.Abdullah Tuesday said Jammu and Kashmir would not be a part of India if Article 370, which grants special status to the state, is revoked.Minister of State in the Prime Minister’s Office (PMO) Jitendra Singh Tuesday stirred up a controversy by declaring that the new government has started the process for repealing Article 370. He later said he was misquoted by the media.