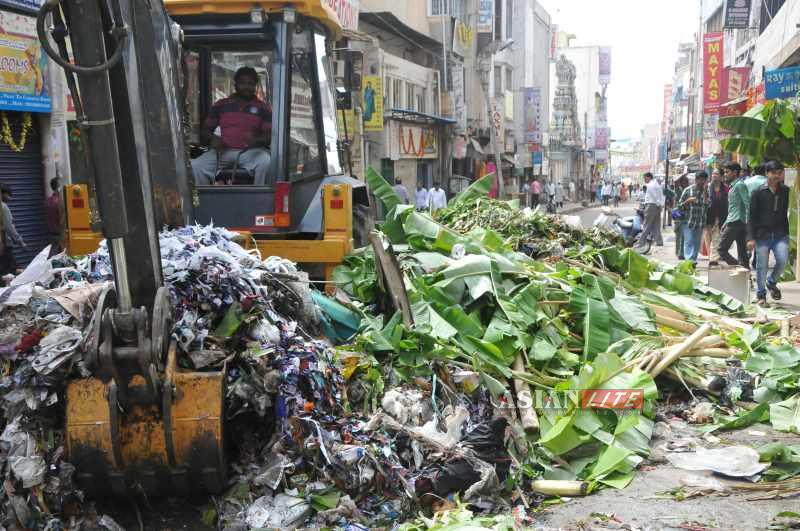 Waking up to the growing menace of garbage piling up across Bangalore for want of landfills, the Karnataka government has set a four-month deadline to the Bruhat Bangalore Mahanagara Palike (BBMP) to clear the mess.

“We have directed the civic body to clear the garbage mess in the next four months by allowing promoters to set up recycling units near the landfills, as they could not build them for want of its clearances,” state Chief Secretary Kaushik Mukherjee told reporters on the margins of a green summit here Thursday.

With the city’s major landfill for dumping its huge garbage at Mandur, about 25km from Bangalore, saturated and its locals preventing further dumping to avert health hazards, tonnes of garbage mounds have remained strewn in housing colonies, markets and commercial areas across the city since Monday.

“The Palike had not given land and no objection certificate to the promoters for setting up the recycling plants near the landfills on the city’s outskirts. This has resulted in garbage piling up at landfills, including at Mandur, as the city generates about 4,000 tonnes of garbage daily,” he said.

This is the second time the menace surfaced after a similar crisis in 2012 when people protested against further dumping of city garbage at make-shift landfills near Mandur and other villages as they were unable to tolerate the stink anymore.

“It is not right to project that the garbage problem in the city has gone out of control as some real estate elements were causing hurdles at landfills, as they fear the price of their lands will decline due to dumping of garbage,” Mukherjee said.

He appealed to the 10 million residents of the city to minimise wastage and lessen garbage to check the menace as dumping more garbage at landfills without recycling plants to process it would affect the health of the people dwelling near them (landfills).

Admitting that the civic body was attempting crisis management after triggering a crisis, the secretary said the state government had directed BBMP to expedite the process for setting up recycling plants near the landfills to dispose the garbage.