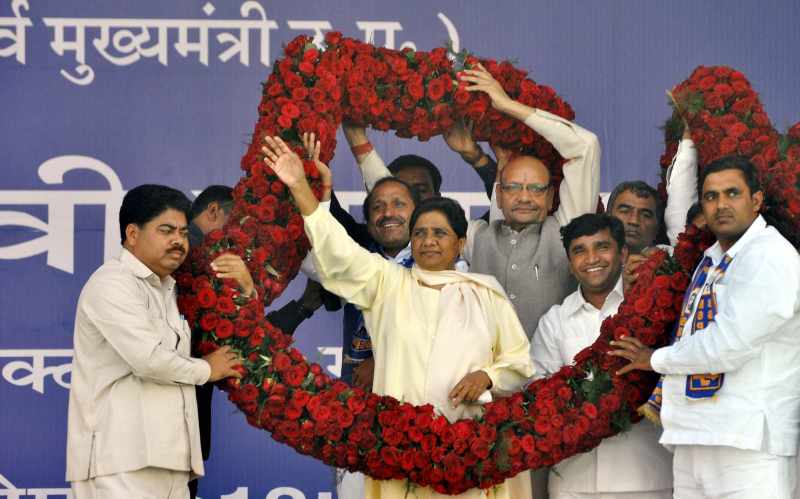 Over 180 million Indian Muslims will stand on the margin looking stunned and petrified, watching Narendra Modi and the BJP make history and colour the nation with saffron. What a predicament for the world’s second largest Muslim population which equals the populations of Germany, France and Spain put together.

Where will the Muslim turn now? In Uttar Pradesh and Bihar he stands at a cul de sac.

Disenchantment with the Congress had been gradual from fairly early on. They had been shortchanged by the party since the partition in 1947. But it hit them like revelation when P.V. Narasimha Rao, the Congress prime minister, watched the demolition of the Babri Masjid in December 1992, inactive and pulverized. The Muslim vote walked out on him. The Congress came down to its lowest tally of 140 seats in 1996. The Muslim sleep walked into the parlours of caste parties in UP and Bihar. This is the state of play when Modi enters the fray in elections 2014.

The RSS had for years been embarked on a project of “reclaiming” Dalits by offering them respectability in the Hindu order. A story to make my point. Recently, a group for communal harmony in Kerala placed on the dais two individuals from opposite sides of the Gujarat 2002 pogrom. One was Qutubuddin Ansari who became the iconic image of the pogrom imploring his attackers to spare him. The other was a sword wielding young man looking fearsome with a red bandana around his head: his name was Ashok Mochi. A Mochi means a cobbler. Herein lies a tale.

By focusing on Mayawati and Mulayam Singh as Muslim appeasers in an atmosphere of perpetual communal tension, Amit Shah succeeded in luring Dalits and OBCs into the burgeoning Hindu Parivar. Rather than be taken for granted by the two who were busy concentrating Muslims electoral support, would Dalits and OBC’s not be better off with a Dalit prime ministerial candidate? Rather than remain static with Maya and Mulayam, they would progress with a dynamic Hindu formation.

The challenge for Modi now is to reach out to a frightened population which has grown accustomed to caste protection for the past 25 years. The most rudderless, running helter skelter for security, have been the Muslims.

BJP’s stunning success in the Hindi belt, Maharashtra and Gujarat provides a startling contrast to an extraordinarily incompetent Congress, completely out of touch.

Seldom in the history of modern India has New Delhi been more bereft of power than it has been during UPA-II. Elements in the army, intelligence agencies, senior judiciary and the bureaucracy defied orders under UPA-II. They worked quietly for the new regime which was expected to take over. If ever the nation was in peril, it was during UPA-II. It was a laughing stock too everywhere including in influential diplomatic circles.

Many wondered why Modi was launched into the campaign as early as June 2013, after the BJP conclave in Goa. In retrospect, it turned out to be superb strategy. The Congress, divided between groups loyal to Sonia Gandhi, the prime minister and Rahul Gandhi, never got together in a serious huddle to chalk out an election strategy. By the time they reconciled their electoral gameplans, the BJP campaign had already generated something of a wave. The Congress was demoralized even before the campaign began.

I had some idea of the spectacular way in which the Congress was going to lose because I was present at Gandhi family confidant Sam Pitroda’s interaction with the media at the Foreign Correspondent’s Club in New Delhi in mid-April.

Everytime the bright young hope of the party, Rahul Gandhi, was consulted, he spoke in parables and confused the workers with his hair brained schemes for grassroots selection of candidates.

Towards the end of the campaign, the family, in a state of funk, commandeered Priyanka Gandhi to ensure that mother and son did not lose in Rae Bareli and Amethi. They held onto the two seats. Once the campaign ended, Priyanka was back in the “zenana”. The grand old party has been decimated beyond recognition under Sonia Gandhi’s watch. Only when it is freed of the dynasty’s stultifying presence will new seeds sprout before the onset of the coming monsoons.