Gyanendra Kumar Keshri writes on the priorities of the Modi government

With growth at its lowest in over a decade and inflation, job creation and investments remaining major challenges, India’s new government under Narendra Modi has its task cut out to reverse months of perceived policy inaction and revive the stagnant economy. 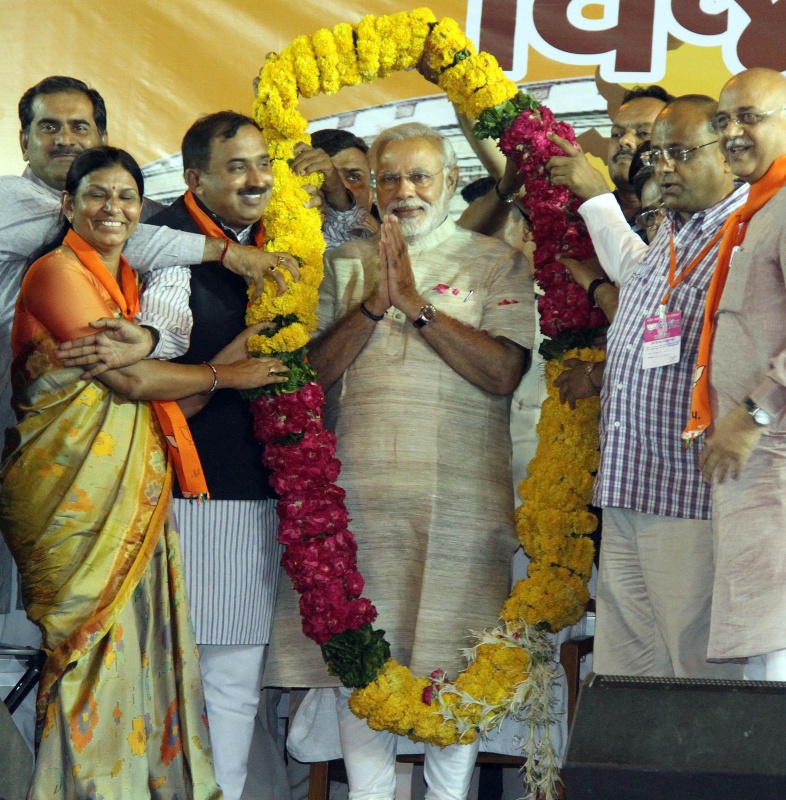 Opinion-makers and stakeholders IANS spoke to were unanimous on the immediate action: Revive investments in manufacturing and infrastructure, address supply bottlenecks, rein in rising prices, streamline policy-making and reinstate investor confidence.
“Besides cyclical factors, our economy has been impacted by weak administrative decision making, heightened activism and regulatory and judicial actions. The new government will have to take a balanced view of the issues, ” said Ficci president Sidharth Birla.

“Building confidence and trust amongst businesses and society is critical. The economic priorities and policy direction need to be articulated promptly and effectively to send positive signals,” Birla told IANS.

He said economic slowdown over the past two years has been a major cause of concern and the new government must take concrete steps to return to a high growth trajectory of 8-percent plus.

“Tax adventurism must end. The tax regime must be made simpler and hassle free.”

JK Tyre and Industries chairman R.P. Singhania expressed similar view: “If India needs to achieve the next level of growth, it will need to build infrastructure capabilities with a very strong focus on manufacturing.”

Manufacturing also needs impetus, so vital to ensure new jobs, especially for the youth. “As a country, we need to create 10-12 million jobs every year to support our youth who would be coming into mainstream every year,” Singhania told IANS.

The election manifesto of the BJP outlined multiple measures for inclusion, with a focus on governance, growth and jobs — arguably, the key concerns facing the economy today. But the stand on some issues, notably foreign equity in retail trade, are concerns.

At the same time, some key reform-oriented measures will require not just consensus in parliament but also the support of states, since some of them fall under the state subject. (See separate story on 10 key pending reform measures)

The union government’s capital expenditure to GDP ratio was 1.7 percent in the financial year ended March 2014, less than half of the 4.5 percent target set by the 13th Finance Commission, which is now in its terminal year.

“To fund this higher capital spending, the government will have to improve its revenue position by implementing tax reforms such as GST.”

In terms of per-person productive spending, there was a mere increment of Rs.110 in capital expenditure and grants while it spent additional Rs.1,900 per capita on other non-productive area in 2013-14 compared with the previous year.

That is largely because, in the past 10 years, the Prime Minister Manmohan Singh-led United Progressive Alliance (UPA) government spent a whopping Rs.11 trillion ($183.3 billion) on doles toward fuel, fertilizer and food.

Even the three major industry chambers, Assocham, CII and Ficci, said the new government must take bold decisions to put the economy back on higher growth path.

“India deserves not just 8-9 percent but over 10-percent growth. The new government has an opportunity to demonstrate a sense of urgency when the final budget for this year is presented,” Assocham president Rana Kapoor said.

“This will go a long way in immediately reviving overall investor sentiment.”

– Start process of fiscal consolidation by taking steps that include subsidy rationalisation;

– Improve investment climate by easing both the cost of doing business and policies;

– Tame inflation without compromising on growth with supply-side interventions;

– Initiate measures on war footing that can revive manufacturing;

– Ease both the flow and the cost of credit to industry;

– Ease norms that govern handing over key resources, like coal, spectrum and land, to industry;

– Ease key clearances for businesses, notably on environment and other procedural issues;

– Define clearly the role of regulators, including the Reserve Bank of India, with prudent oversight that is based on trust.