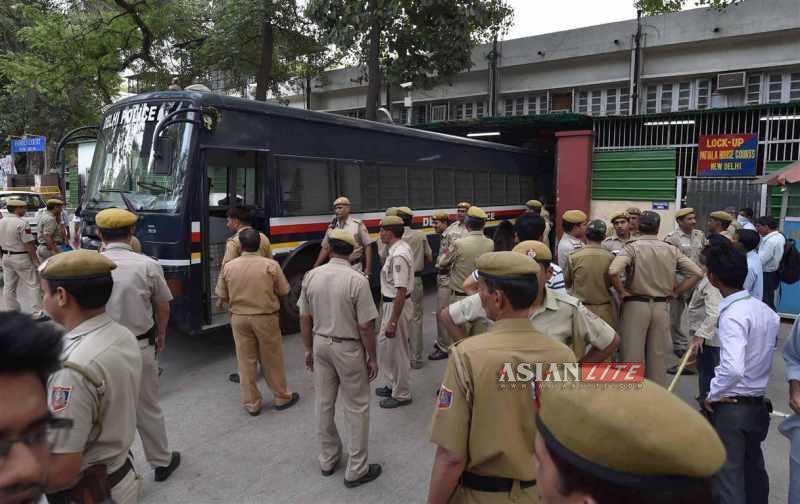 Aam Aadmi Party leader  Arvind Kejriwal was on Tuesday set to walk out of jail as a Delhi court ordered his release from Tihar jail after accepting the personal bond filed by his advocate in a criminal defamation complaint filed against him by Nitin Gadkari.

Prashant Bhushan informed the court that Kejriwal has agreed to file the personal bond and produced a signed bond of Kejriwal before it.

In the morning, the high court suggested that Kejriwal, who had initially refused to furnish the bail bond in the trial court, seek bail and allowed the Bhushans to meet him in jail.

“Everything can’t be an exception for this man,” the bench remarked.

Kejriwal Monday moved a habeas corpus petition for his immediate release, saying he has been “illegally” sent to judicial custody on a “completely wrong premise of law” by the court’s orders of May 21 and May 23. He challenged a trial court order sending him to judicial custody.

He was sent to judicial custody till June 6 after he refused to furnish a personal bond in a defamation case filed by Bharatiya Janata Party leader Nitin Gadkari.

The high court also issued a notice to Gadkari and the Delhi government on the plea and sought their response within three weeks. The court has now posted the matter for July 31.

“Kejriwal has been illegally sent to judicial custody till June 6 for refusing to furnish the bail bond in a summon case on a private complaint even though it was not mandatory and he was ready to give a written undertaking,” said the plea.

It added that in at least four different cases, such written undertakings were accepted by the courts.