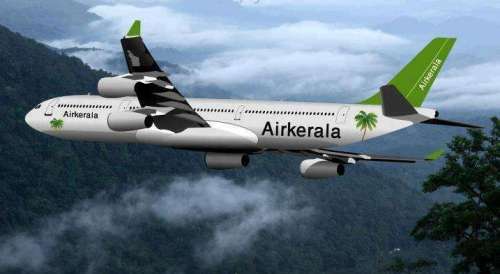 The next few days could prove decisive for Kerala’s dream project, Air-Kerala, the southern state’s very own airline.

Chief Minister Oommen Chandy said that he along with his cabinet colleague K. Babu, who looks after airports and the proposed airline, will discuss the floating of the airline with the aviation ministry in New Delhi .

“We are meeting the Union Civil Aviation Minister with our dream project Air-Kerala, that has been pending following the strict rules of giving license to new airlines. We have been given to understand that the Centre is mulling to relax rules and if that happens, it’s only a matter of time when our own airline will be airborne,” said Chandy.

It was in 2004 in Chandy’s first stint as chief minister that a project report was prepared after a study done by consultancy E&Y, which aid Air-Kerala would be feasible project and that it would help the Kerala diaspora, especially in the Middle East.

But in the following years (2006-11) of Left Front government, the project did not make much headway. It started to move forward in Chandy’s second term which began in 2011.

Babu said the rules state that no new license would be provided for any entity to operate on international routes without operating for five years in the domestic sector and also the airline has to have 20 aircrafts.

“In the light of new developments, that the Centre is mulling relaxing these conditions, we will be submitting fresh proposals when we are in Delhi to meet the Civil Aviation Minister and other aviation officials. We are very clear that our interest is to operate only to the Middle East sector,” said Babu.

The Kerala government, according to Chandy, is confident that they will be able to commence operations very quickly because raising an initial Rs.500 crore for this airline project, is not an issue as he has got firm commitments from cash-rich non-resident Keralite businessmen who have sounded that they will be funding the airline by subscribing to shares in the name of their employees.

Another discussion that is to come up in the Delhi meeting would be the state’s request to increase the Airport Authority of India’s share in the proposed Kannur airport.

“They had initially committed for 26 percent stake in the proposed Kannur airport. The new BJP government as a policy matter had reduced their stake to 13 percent. We will request them to see that they take 26 percent, so we will be getting another Rs.160 crore,” said Babu.

Another aspect according to Babu that’s going to come up for discussion is with the state-owned flying school, the Rajiv Gandhi Academy for Aviation Technology, as some issues have to be sorted out with the national career Air India.