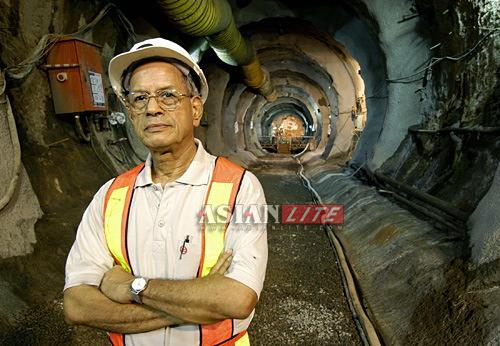 Railway Minister D.V. Sadananda Gowda Sunday said an expert committee will soon be set up with former Delhi Metro chief E. Sreedharan on it to advise the Indian Railways on rapid expansion and modernisation.

“The committee will be constituted with experts like Sreedharan after consulting the prime minister, who has a great vision for the railways that daily carries 1.3 million people,” Gowda told reporters here.

Sreedharan, the 81-year-old retired Indian Engineering Service officer, served as managing director of Delhi Metro Rail Corporation and spearheaded its construction in the national capital region during his 17-year tenure.

“As I am new to the ministry and know very little about its functioning, it is imperative I have an expert committee to advise me on how to improve its working and make it achieve the 4-S mantra — safety, security, service and speed — I had thought of,” Gowda asserted after a meeting with officials and state lawmakers.

Sreedharan, who came into national limelight during the ’90s, is also the architect of the Konkan Railway project on the west coast straddling Karnataka, Goa and Maharashtra.

“With the proposed committee’s help and in consultation with the prime minister, I will prepare the railway budget for this fiscal (2014-15), to be presented in July. It is going to be a 24×7 job for me on all the 356 days in a year,” a beaming Gowda noted.

Admitting that expectations from the people are very high, Gowda said he will need more time to study the working of the railways, its resources, financial health, challenges and shortages in various departments across its network.

“I am conscious of the people’s expectations, especially in my home state (Karnataka) where rail density is less than in other states, as surveys, new lines, doubling of tracks, modernisation of stations and better amenities are in progress,” he said.

The minister got elected to the 16th Lok Sabha from the prestigious Bangalore North constituency, was the state’s second BJP chief minister from August 2011 to July 2012, and led the party to power for the first time as its state president.

“I plan a Mangalore-Chennai freight corridor for west coast-east coast port connectivity via Bangalore and Hassan in the state. We have to work out the details with the state government and the union surface transport and shipping ministry,” he said.

As the ninth railway minister from Karnataka, Gowda said he will seek guidance of his predecessors Mallikarjuna Kharge, K.H. Muniyappa and C.K. Jaffer Sharief of the Congress in implementing pending projects and introducing new lines to expand rail connectivity across the state.

Muniyappa, who got elected for a record sixth time from Kolar, about 100 km from here, was minister of state for railways during the UPA-I government (2004-09), while Sharief was the railway minister in 1991-95 under then prime minister P.V. Narasimha Rao.