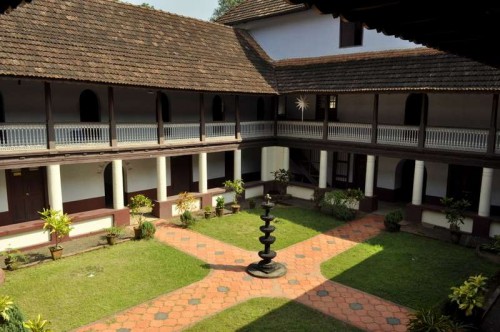 With their children working abroad and with no family member to look after them, more and more elderly from rich families in Kerala are checking into nursing centres.

Ninety-year-old Annamma Thomas (name changed) is one of them. She is at a plush geriatric centre in Kochi, lying in a vegetative state for months. Her only daughter flies from Britain every 45 days to see her.

Thomas has been at the centre ever since her husband passed away nearly a decade ago. And for her daughter, this has been the routine.

There are many more rich elderly in the state passing their sunset years in such centres. Their children live abroad and are too busy to take care of their aged parents.

Mathew George and his wife have two children abroad. When the couple found it tough to manage things on their own, they had little choice but to leave their home near Thiruvalla and move to a geriatric centre in Kottayam district.

George is barely able to manage on his own. His wife suffers from dementia. They are now being looked after by the professionally-qualified nurses at the old age home.

In a study titled “Situation of Elderly in Kerala: Evidences from Kerala Ageing Survey 2014”, done by S. Irudayarajan and U.S. Misra of the Centre for Development Studies (CDS), Kerala has added one million elderly every year since the census of 1981.

They also said that 2.36 million Keralites lived abroad. Of them, 90 percent were in the Middle East.

It is hardly surprising then that more and more elderly in need of nursing are left alone to fend for themselves.

A Christian priest who preferred anonymity said that the rich in Kerala, especially in the central districts, face loneliness.

“Many thought the rich will not have problems because money can buy anything. But I have seen that children of not so rich families care more for their aged parents,” the priest said.

Now, there is a rush to get a place in a good old age home. The charges range from Rs.5 lakh and above for one person for a five-year stay.

Besides, Rs.4,000 and more is also charged in addition to the medical bills.

Irudayarajan spoke of another reason why the elderly go to care centres.

“The elderly prefer to have their freedom instead of being controlled by their children. In some cases, when they have the resources, they opt to go into plush old age homes,” Irudayarajan said.