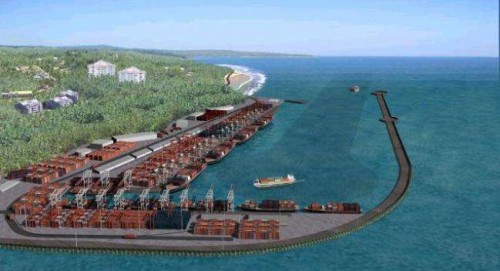 Minister for Ports K. Babu said that with a “very positive” decision from the central government on the VGF – the first such grant given for a port project – things will now get into the fast lane.

“We expect to complete all the procedures for handing over the work by the end of December and work can begin in January. Five companies have pre-qualified for the first phase of the Rs.4,000 crore project,” said Babu.

The central government Wednesday took a decision to this effect.

One last hurdle before the proposed port project is a few cases that are pending before the National Green Tribunal. The minister is hopeful that the issues would be sorted out very soon.

The proposed port is to come up near the famed Kovalam beach and is to be completed in three phases, with the first phase to be ready by 2019.

The Vizhinjam port site has a natural depth at 24 metres, one of the deepest in the world and hence requires no dredging.

The proposed port as it is located close to the busy international shipping route, is envisaged to handle 4.1 million containers annually.

VGF is a one-time grant to support infrastructure projects that fall short of financial viability.