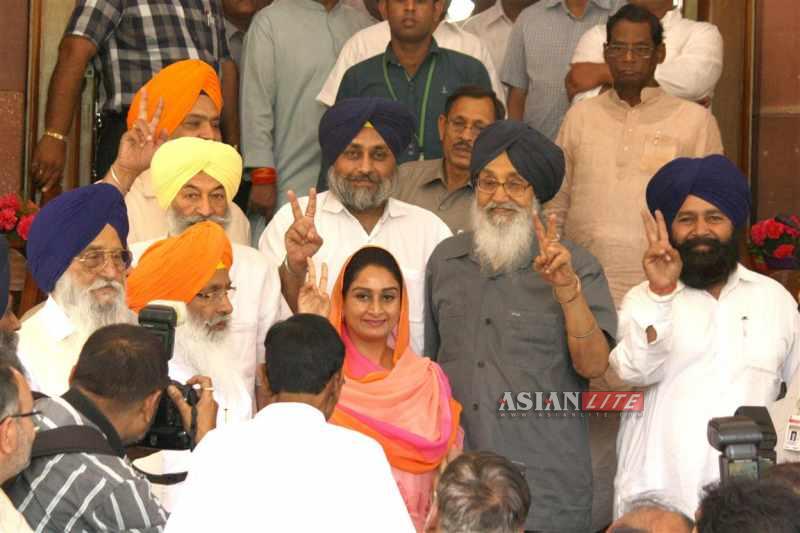 Punjab’s ruling elite – the Badal family – is a ministry in itself.

The BJP leadership, including Modi, which has often been critical of the Congress leaders for not looking beyond the Congress’ first family – the Gandhis – conveniently chose to look the other way while accommodating Harsimrat Badal.

“This clearly demonstrates the BJP’s double standards on dynasty politics. When it comes to its alliance partner Akali Dal, the BJP shuts its eyes,” a senior BJP leader from Punjab told IANS.

A greenhorn as far as administrative experience is concerned, Harsimrat Badal not only made it to the downsized new central government but did so with full cabinet status. Chief Minister Parkash Singh Badal and his son ensured that she got the cabinet berth and was not inducted as a junior minister.

“I think that senior Akali leaders like Brahmpura should have been in the Modi ministry instead of her,” former chief minister and Amritsar MP Amarinder Singh said.

Running the government as a “family affair” is nothing new for Chief Minister Badal.
When he assumed office for the fifth time in March 2012, he had a handful of relatives in the 18-member ministry.

Kairon was inducted despite barely managing to win his assembly seat by just 59 votes.

Even in 2007, when Badal became chief minister for the fourth time, four relatives found place in his ministry. Majithia was also inducted later.

Senior Congress leader Sukhpal Singh Khaira had earlier pointed out that Badal, who keeps demanding a federal structure of government and decentralization of power to states, had the maximum number of departments of the Punjab government with his clan.

“Contrary to his oft repeated demand for a decentralized power structure in the country, Badal has completely done the reverse in Punjab. He has centralized all power with his family, by keeping 26 of the 55 government departments with his near and dear ones. Of the 45 portfolios held by Akali Dal, 23 are held by the Badal family and the remaining 10 by the BJP,” Khaira had pointed out in October 2012.