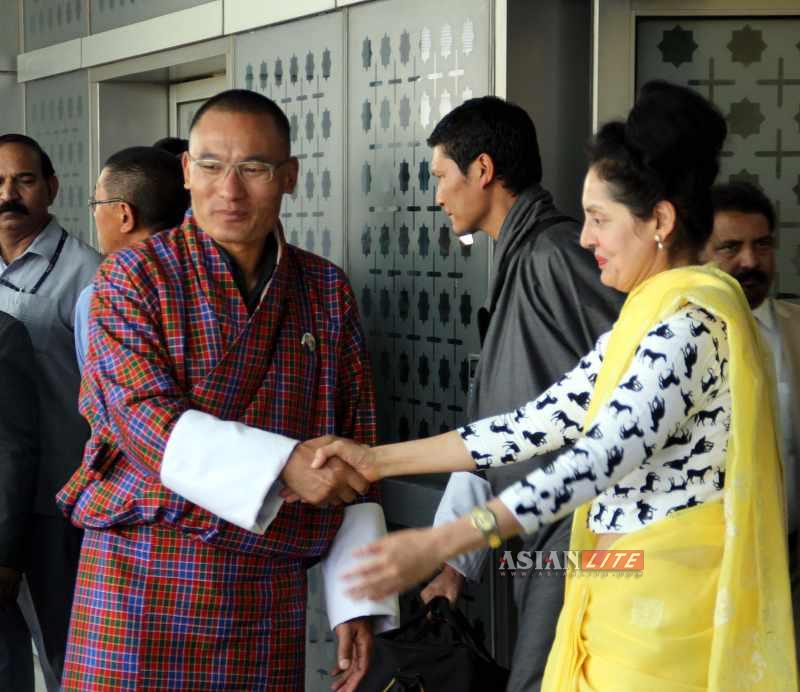 Leaders of neighbouring countries, including Pakistan and Afghanistan, arrived in the capital Monday to attend the swearing-in ceremony of Prime Minister-designate Narendra Modi here later in the evening.

Sharif waved to the media persons as he walked across the tarmac of Delhi’s airport.

Before leaving Lahore for New Delhi, Sharif told reporters: “I’m carrying the message of peace and will discuss all matters with the Indian leadership. Dialogue process is the only way to resolve bilateral issues. Forging cordial relations with all neighbours, including India, is foremost priority of Pakistan.”

Sharif is accompanied by Advisor to the Prime Minister on Foreign Affairs and National Security Sartaj Aziz and other top officials.

Abdulla Yameen, president of the Maldives, is to arrive later in the day.

The leaders of SAARC nations and Mauritius have been invited to the swearing-in ceremony of Modi at Rashtrapati Bhavan Monday evening.