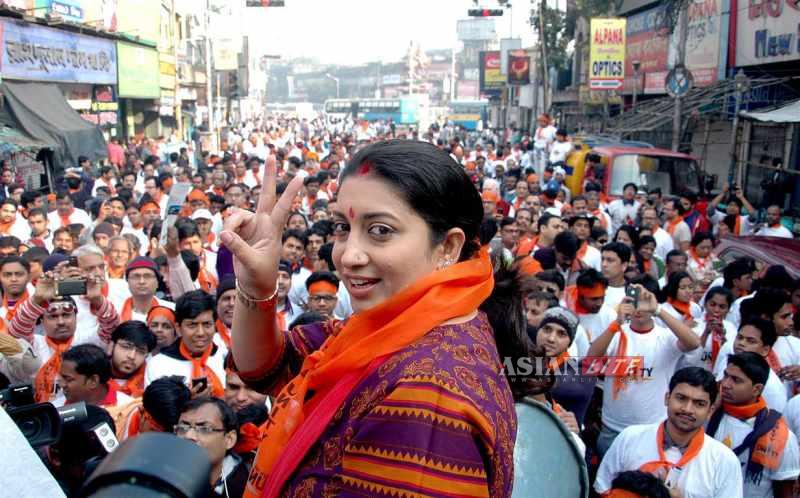 The row over allotment of the human resource development ministry to “non-graduate” Smriti Irani continued Wednesday as the Congress and the BJP poured in comments on various media forums either defending or lambasting the actor-turned-politician.

Congress leader Rashid Alvi said that it was a “fact” that the 38-year-old Irani was not a graduate.

He said there were only 10 ministers in the union cabinet who were either graduates or post-graduates.

“According to my information, there are only 10 graduates or post-graduates among the 23 cabinet ministers. It is unfortunate that the country is going to be run by such a cabinet,” he said.

He said though there was no basic qualification required to become a minister, the choice of ministers create an “image of the government”.

Bharatiya Janata Party spokesperson Mukhtar Abbas Naqvi brushed off the controversy, saying it was borne out of “frustration” within the Congress after its worst election performance with only 44 seats.

“The Congress lost the Lok Sabha polls because of its arrogance, and yet the party is showing no signs to remain humble,” Naqvi said.

“Smriti Irani’s appointment not the only one disappointing or controversial but it’s like an avoidable grahan on a bright and shining rising sun!” she tweeted Wednesday.

Congress leader Ajay Maken tweeted May 27: “What a Cabinet of Modi? HRD minister (looking after education) Smriti Irani is not even a graduate! Look at her affidavit at ECI site pg 11!”.