Who gave these people the permission to be the conscience of the nation? Just because some idiot morphed pictures of Hindu right group RSS leader Bal Thackeray on the Net you cannot turn into cold blooded killers and justify your actions by spilling the blood of anyone, but especially that of innocents. Go find the offender and bring him to justice but don’t make it a communal confrontation. 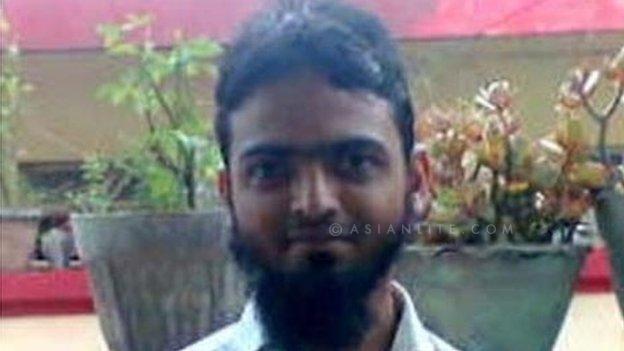 The 28-year-old IT graduate Mohsin Sadiq Shaikh who was bludgeoned to death during Monday’s protests in Pune over the morphed pictures had nothing to do with them. He was just in the way going home from work on his bike, probably thinking of an easy, relaxed evening.

The tragedy aside (and no one means aside as in forget about it) his death is exulted over in what can only be described as ominous SMS messages exchanged between the Hindu Rashtra Sangh, with as many as 25 members of the Hindu extremist outfit saying ‘first wicket down.’ What does that mean?

Shaikh, who sports a beard and was wearing a green Pathani kurta, was returning home in the evening when the accused gang of hoodlums  blocked his way on the outskirts of Pune, took him off his bike and hit him on the head with hockey sticks and stones.Without any provocation.

This sparked tension in the area, forcing the police to clamp curfew for 12 hours. Shaikh’s cousin, who was accompanying him, escaped unhurt after he fled from the spot while the two others, Ameen Shaikh, 30, and Ijaz Yusuf Bagwan, 25, sustained injuries.

Among those arrested but not yet charged with murder include Hindu Rashtra Sena chief Dhananjay Desai. Desai has a criminal background, with cases such as rioting and extortion registered against him in different police stations in the city. The organisation he heads has been in existence for a decade.

It is to be seen if he will get away again to continue his reign of terror.

What is most worrying is the tacit permission that these fringe groups are seeing reflected in the BJP’s massive victory, thereby undermining Narendra Modi and doing him and his government a huge disfavour. Stop it now or rue it without leisure.

Mohsin Shaikh did not even know why he was killed. But what is with this cricket analogy and if it was so planned how many more wickets have to fall before fear takes over and then wins the day?