South Africa’s economy would be hit by another massive strike by thousands of metal workers, say various media reports.

The strike now looks “inevitable” as no breakthrough has been achieved in the talks between workers and their employers, Xinhua quoted the National Union of Metalworkers of South Africa (NUMSA) as saying in a statement. 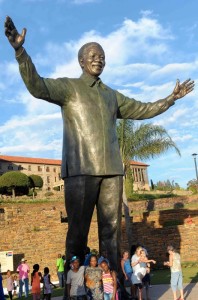 NUMSA said the talks in the metal and engineering sector have been unproductive, leaving them no choice but to embark on the massive strike.

More than 200,000 NUMSA members are expected to take part in the strike that will begin July 1.

The news came as a nearly five-month strike by about 80,000 platinum workers is still continuing unabated, giving a heavy blow to South Africa’s economy.

It is reported that the platinum strike had led to a 0.6 percent decline in the country’s GDP in the first quarter of this year, the first quarterly contraction since the recession in 2009.

NUMSA, the biggest union of metalworkers in South Africa, wants wages raised by 15 percent, while employers want to raise them by only 6.1 percent.

Economists have voiced concerns that South Africa’s economy will not survive another long standing strike.

NUMSA general secretary Irvin Jim said he’s fully aware of the effect the strike will have on the economy, but “a strike is still inevitable” based on past experiences.