There will be 45 summer festivals this year, opening up more than 5,000 temporary jobs for Saudis.

The festivals are expected to attract more than 10 million visitors, with an estimated return of SR10 billion.

Domestic tourism is expected to increase by 6 percent this summer in comparison with the same period last year. The number of domestic tours has reached 5.8 million as against 5.5 million last year, says an Arab News report. 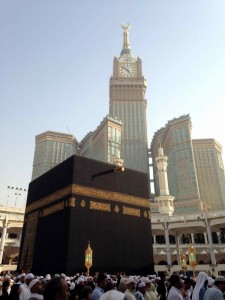 Spending is expected to reach SR6.2 billion, as against SR5 billion last year, notching up a growth of 23.9 percent.

Rural and Municipal Affairs Minister Prince Mansour bin Miteb has issued directives to the governorates and provinces to intensify their efforts in preparing public facilities, parks and gardens to serve residents and visitors, and to offer well-maintained and hygienes services at these locations during the summer.

Prince Sultan bin Salman, chairman of the Saudi Commission for Tourism and Antiquities (SCTA), has stressed the importance of this directive because it will contribute to the success of the tourist season, “especially since parks and recreational facilities are a major attraction for tourists and visitors.”

Prince Sultan appreciated the major role played by municipalities and secretariats in the development of local tourism through the implementation of heritage and tourism projects. He said the directives of Prince Miteb and his support to national tourism confirms the belief that tourism is no longer a luxury, but a basic demand for citizens. It is an important economic activity that contributes to creating job opportunities and the economic development of the provinces.

He said the major role played by the Ministry of Municipal and Rural Affairs, other government bodies and the private sector in tourism activities, programs and projects characterizes the partnership methodology of the SCTA.

A meeting of the SCTA, under the aegis of Prince Sultan, in the presence of his deputies and secretaries-general of tourism development councils in various provinces and directorates of the commission, reviewed reports from committee chairmen about their controlling role in the tourism accommodation sector, travel agencies and tourism facilities.

The meeting reviewed government efforts in preparing parks and service facilities related to tourism activities, and the efforts in developing tour programs and coordination with tourism service providers.

The meeting reviewed preparations to launch a number of festivals which will start this week.