International NGO Save the Children  announced a Rs.50 crore plan to protect nearly 790,000 children living in communities in the cotton growing belt of Punjab, Haryana and Rajasthan. “The long-term project will target children, who are engaged in cotton plucking, to keep them out of cotton fields and take them to classrooms where they can learn, play, grow and develop and be children,” Save the Children officials said. 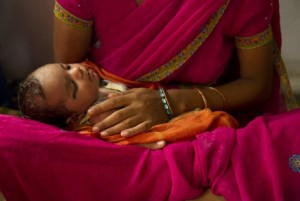 Save the Children India chairman Harpal Singh, while announcing the launch of the programme, told media : “The programme, in partnership with NGOs Breakthrough and Pratham and the IKEA Foundation, will work with panchayat leaders, farmers, teachers, families and Indian state officials in Punjab, Haryana and Rajasthan.

“We know there is no quick-fix solution to end child labour, but long-term approaches can yield impressive results,” Singh said, adding: “Save the Children, with partners, has been tackling this issue in India since last few years. This new phase reinforces our long-term commitment and our desire to help millions of more children out of child labour and back into the classrooms.”

In the states of Punjab and Haryana, Save the Children will work directly at community level to form community groups and increase reporting of child labour, linking them with the government’s child protection services.

In Punjab, the programme will be implemented in Bathinda, Muktsar Sahib, Mansa and Fazilka districts and Hisar, Sirsa and Fatehabad in Haryana.

Save the Children CEO Thomas Chandy said: “An independent research study in 2008 revealed that prosperous Punjab has a large number of children working in the agriculture sector with an estimated 25 percent of them in cotton picking. Rajasthan and Haryana are not far behind, with 23 percent and 16 percent of cotton picking labour being children”.

Lauding efforts of Save the Children, Dhindsa said “Children are prone to exploitation as they cannot raise their voice”.