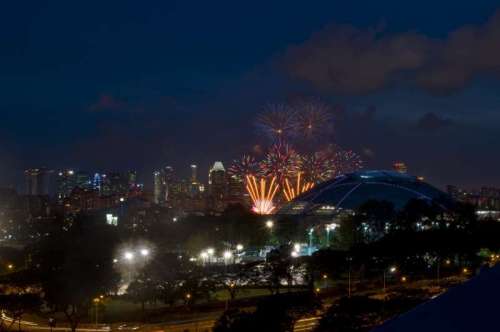 An Indian man was Tuesday sentenced to 31 months in jail for his involvement in the Dec 8, 2013, riots in this city state, media reported.

Prabakaran Chinnappa, 24, a construction worker, became the 18th person to be punished for the riots that occurred in the Little India locality, the Straits Times reported.

He was sentenced to 31 months in jail and three strokes of the cane after pleading guilty to rioting, and abetting others to set fire to an ambulance.

The court heard that Chinnappa had hit an empty police car repeatedly with a stick, and helped flip the vehicle on to its side.

He also threw pieces of paper into the car after it was set on fire to feed the flames, and later threw a glass bottle at police.

Prabakaran also repeatedly hit an empty ambulance with a stick and threw a beer carton into it. He then shouted for others to “hit, hit, burn, burn” and told some rioters to pour petrol on the vehicle, the court heard.

The riots were sparked off in the locality after an Indian, Sakthivel Kumaravel, was run over by a bus. This was the worst outbreak of violence in the country in more than four decades.