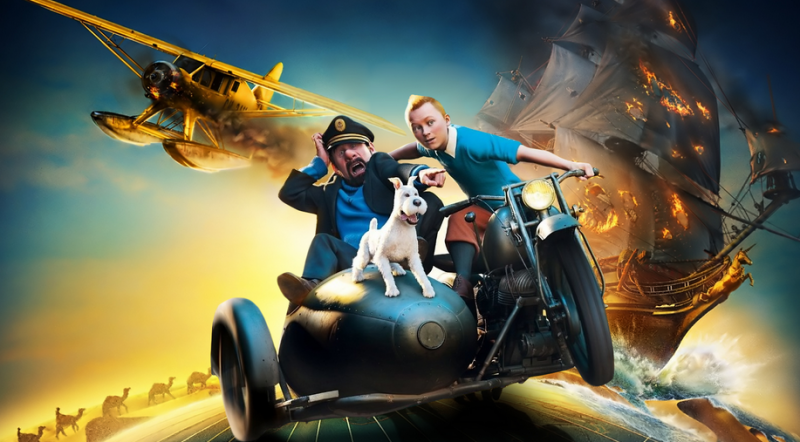 Comic books, like many products we know, are an American invention. The US and Japan (manga) account for most since the form appeared in the 1930s, but neither can lay claim to having produced the most famous comics ever – an honour which goes to two hugely popular Franco-Belgian series translated into over 100 languages.

Frenchmen Rene Goscinny and Albert Uderzo’s Asterix series is iconic, but it is Belgian Georges Remi alias Herge’s Tintin and his adventures all over the world and even beyond that has made the boyish reporter (and his dog Snowy) one of the most enduring fictional characters, not to mention the world’s most well-known Belgian.

With well-researched settings, meticulously-drawn plots and characters and abundant wordplay, both creators can be credited with elevating this form, once only deemed frivolous reading for children, to claim to be literature too. The new genre – “graphic novels” – shows they have succeeded.

While Asterix satirises most of contemporary Europe through a first century prism, Tintin is an unmatched portrayal of many 20th century events and, with its settings across five continents and balanced portrayal of various ethnicities, a herald of globalisation.

Emerging out of a weekly cartoon strip in the children’s supplement of a Belgian Catholic newspaper in the 1930s, the initial two adventures – set in Soviet Russia and the then Belgian Congo – were not very refined, being an unabashed anti-Communist attack and a unashamed justification of colonialism and the “White Man’s Burden”, respectively.

However, it was from the third installment that the series saw a change in its ideological orientation to a more multiracial-tolerant setting while basing the plot – in the next few installments – on happenings in Europe and elsewhere.

Featuring the only real-life character appearing in the series – Chicago gangster boss Al Capone himself – “Tintin in America” combines all current perceptions of the US in a blistering denunciation of capitalism, consumerism and mechanisation, criminal penetration, not to mention racism and exploitation of indigenous people.

Tintin’s adventures next take him to Egypt and India (“The Cigars of the Pharoah”, where Thompson and Thomson come onstage) in a struggle against drug smuggling, which is continued in “The Blue Lotus”, set in China. The latter was unprecedented in a depiction of Chinese people far removed from the racist stereotypes prevalent in a Europe where fascism and Nazism were gaining ground, though the Japanese, though more westernised, don’t come off so well.

The Japanese subversion and aggression against China, particularly the self-engineered Mukden incident, served as a pretext for Manchuria’s occupation feature unambiguously and led to an official complaint from the Japanese embassy in Brussels.

“The Broken Ear”, set in the fictional South American countries of San Theodoros and Nuevo Rico, transforms from crime to high politics, again based on contemporary events, as it satirises the frequent (violent) regime changes in the region and the influence of foreign interests, especially arms dealers, in sparking off war between countries over
resources while supplying both with weapons.

“The Black Island” plot is crime-based, but “King Ottokar’s Sceptre” again mirrors contemporary happenings. Featuring two more fictional countries, this time in the Balkans, the plot is based on efforts of (apparent) fascist Musstler (Mussolini+Hitler) to force the Syldavian monarch’s abdication, and its annexation by neighbouring Borduria – the parallels with Hitler’s designs on Austria and Czechoslovakia couldn’t have been more evident. Surprisingly, the work was not banned under the German occupation during World War II.

The occupation, however, forced a temporary change of focus. The next few, from “The Crab With the Golden Claws” (where Captain Haddock makes his appearance) to “Prisoners of the Sun”, abandon political themes for pure adventure.

“Land of Black Gold”, begun before the war when it was set in the then British mandate of Palestine, was however completed after it with the setting changing to the fictional Arab nation of Khemed. But the plot – security of oil supplies and the effect of their disruption on the economy — was a prescient subject in the late 1940s and one that will be understood even now.

The Cold War can be discerned in “Destination Moon” and “Explorers on the Moon”, though it features more prominently in “The Calculus Affair” as Syldavia (now monarchless) and Borduria (an odd mishmash of a Stalinist-fascist state) scheme to get their hands on a prospective weapon of mass destruction.

“The Red Sea Sharks” brings back the shadowy world of arms dealers in destabilizing countries in South America and the Middle East, not to mention the exploitation of black African Muslims (leading to a fiery Haddock diatribe against slave traders) and the presence of a US destroyer in the area.

“Tintin and the Picaros”, the last completed adventure, again plunges our hero and his friends in political intrigue back in San Theodoros. But it is the final sceptical message that persists – a new regime, but slums still filled with wretched, starving people, with the only change seen being in the uniforms of the apathetic police and names on the victory signs.

Some messages are immortal!