Sandeep Datta looks on the expectations of the Indian diaspora across the world. He says Modi faces sea of expectations from diaspora, India-watchers 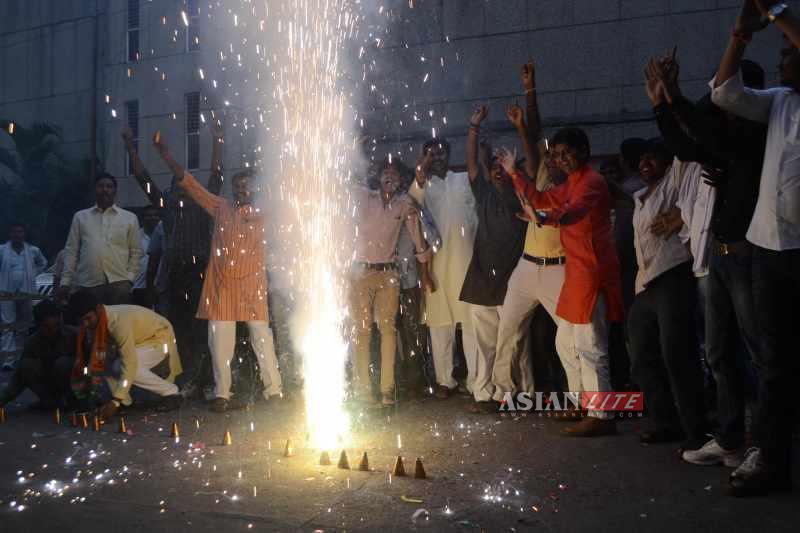 With Narendra Modi taking over as prime minister, a host of expectations, recommendations and advice is pouring in for the BJP leader from overseas Indians. Balesh Dhankhar, president of Overseas Friends of BJP (OFBJP)’s Australia chapter, says Modi’s stunning victory had given the Indian diaspora “a hope of reforms”.

“With Modi coming to power, many Indians including me have started the process of returning to India to contribute towards India’s progress,” Dhankhar said an email interview.
“We expect the BJP government to revitalise Indian culture and education system, crippled by mindless borrowing of Western systems.
“Whereas countries like Japan, (South) Korea, China stand strong on their own philosophy, tradition, and languages, they excel in development and modernisation for that reason only…. We expect Modi to review the Indian traditional education system,” he added.
Indian-origin Kenyan banker Hiten Vaya says he wants Modi to use the vast potential India has in its youth to drive the country forward by creating jobs and opportunities for youngsters.
“This is a chance for India to really assert herself on the world stage in all spheres,” he said.
Vaya, however, had a note of caution for Modi, who is widely seen in India and abroad as a Hindu hardliner.
“I don’t want him to get sidetracked by jingoism or do anything under Hindu nationalists’ pressure which may tarnish his name… Modi is known as pro-development and pro-business. Let that be his strong point and legacy.”

Not all in the Indian diaspora are fans of Modi or enthused by the Bharatiya Janata Party’s runaway victory that has made it the first party in three decades to achieve a single-party majority in parliament.

“It’s the will of the majority. I am sceptical of how his policies will translate to long-term growth of India, not just in big cities,” said California-based Nandita Bhandari Verma, working as the marketing director of a software company.

Belgian researcher Marianne Keppens, a coordinator of India Platform, a forum for collaboration between European and Indian universities, says the Modi victory was significant.

“BJP’s success and Modi as prime minister is an incredibly strong signal of the Indians that they want a change in the way their culture has been described and approached since colonialism,” said Keppens.

“It is a signal that Indians are getting rid of the legacy of the colonial way of understanding Indian culture and that they are rediscovering the strength and richness of their culture.”

Pakistani journalist Muhammad Akbar Notezai, who has worked on the welfare of Hindus in Balochistan province for years, is cautiously optimistic.

“There is hope that pro-business Modi will have good relations with (his Pakistani counterpart) Nawaz Sharif who enjoyed friendly relations with Atal Bihari Vajpayee.

Notezai had a word of advice for Modi.

“As far as Hindus in Pakistan are concerned, they fear that any Hindu-Muslim tension will create problems for them as it happened in the 1990s. That is why the BJP must learn a lesson from the past.”