Delhi-based journalist Vishnu Makhijani looks into the changes in governance in India in his column Soliloquy – Of democracy and democratic governance for Asian Lite, the best newspaper for NRIs and Indian diaspora 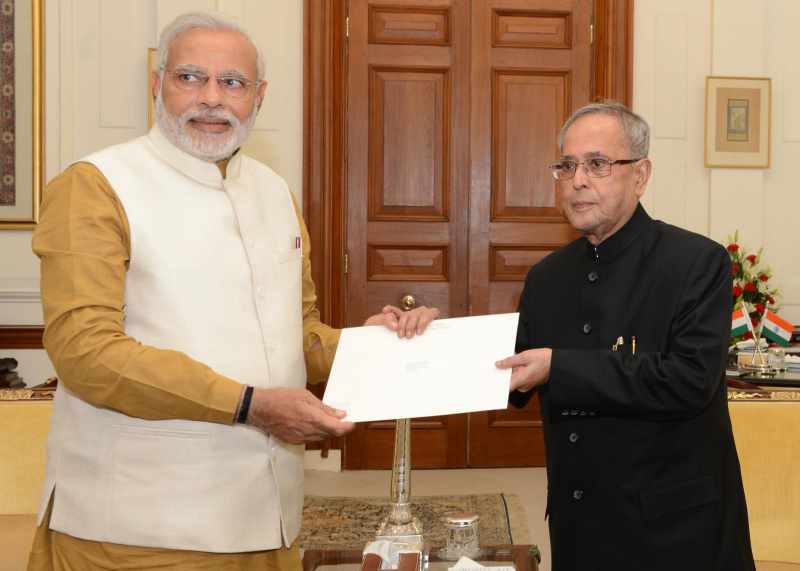 In the 1970s, Vasant Sathe, the information and broadcasting minister, stirred a political storm by suggesting that India needed a presidential form of government. He wasn’t being altruistic; it was just his way of paying obeisance to his political master — prime minister Indira Gandhi.
But then, it was an idea whose time was seen to have not come.

Now, we have a new prime minister who, it is widely said, ran a presidential-style election campaign. But then, this is not the first time a general election has been fought on the basis of a personality – or rather, the lack of a stated alternative. It happened with Jawaharlal Nehru, Indira Gandhi, Rajiv Gandhi (twice) and Atal Bihari Vajpayee and now with Narendra Modi.

So, what makes this election’s outcome different? The fact that, for the first time in 30 years, we have a party with a majority of its own in the Lok Sabha that doesn’t have to bow to the compulsions of alliance politics that has been the bane of governance since 1997, when the Janata Party came to power on the anti-Emergency wave that saw the dumping of Indira Gandhi.

The Janata Party, it must be remembered, was not a homogeneous unit. It was a conglomeration of parties that had come together with the sole purpose of getting rid of the Congress, an experiment which quickly fell apart because of its internal contradictions.

There was a redux in 1989 and this dispensation met the same fate, largely because the government was dependent on what is euphemistically called “outside” support. Then, in 1991, the Congress might have ridden to power on the sympathy wave generated by the assassination of Rajiv Gandhi but the government was still dependent on this “outside” support – remember Shibu Soren and the bribery scandal surrounding his group?

The Vajpayee dispensation, which first came to power for 13 days in 1996, then for 13 months and finally in 1999 for a full term, had two contentious issues to deal with — coalition politics and the RSS. As for Manmohan Singh, it was all systems go for the first five years but then the National Advisory Council headed by Congress president Sonia Gandhi came into its own in the next five, effectively stalling governance with its socialistic agenda.

So, what’s the point being made? Simply this: India may be the world’s largest democracy but is our governance democratic? A few examples should suffice.

The debate was fast and furious on the night parliament cleared the India-U.S. nuclear deal — controversial or landmark as your leanings may be. The government eventually came out with a point-by-point “rebuttal” and even assured that the measure could be “revisited” if any flaws were found. The measure eventually cleared and coming out of the house, a European diplomat gushed: “This is democracy.” But, was it?

Cut to the debate on the right to education bill. Again, much heat was generated on the final evening of the debate, with Kapil Sibal, the minister concerned, pleading in effect that there could be flaws in the bill but these could be “revisited” but please, please, let the measure pass. Reality check: What’s been done about the any number of flaws that have been pointed out in the statute? More importantly, what’s been done about what’s been known for more than a decade-and-a-half — that the biggest hurdle to the lack of girls’ education is the lack of toilets in government schools?

Now, cut to the debate on the bill to create the National Investigation Agency. Thunder and damnation! How can you erode the autonomy of the states was the general refrain from the opposition benches. P. Chidambaram, the home minister, was at his persuasive best: I respect the sentiments of the hon’ble members; this measure is necessary, let it pass, we can always revisit it to iron out whatever flaws that may be noticed. Period!

Again, what’s the point being made? Simply this: In the present system, parliament legislates, but do the elected representatives of one billion plus people truly govern? They don’t, because their hands are tied. This is because the government of the day invariably has its way. So, how does one ensure that these elected representatives have a greater say in governance? By empowering them, strange as this may sound!

In a presidential system, the chief executive would inform the legislature of his intent — like then U.S. president George Bush did in the case of the nuclear deal with India. The two houses would then draw up the parameters of the measure. Obviously, there would be differences and hence, there would be a “conference” before the final bill is presented to the president. There would still be differences but there would also be a mechanism to iron these out — again as happened with the nuclear deal.

If power to the people is to become a reality, is this asking for too much for a nation that has been declared the world’s third-largest economy and which aspires to a place on the global stage via a permanent seat in the U.N. Security Council?