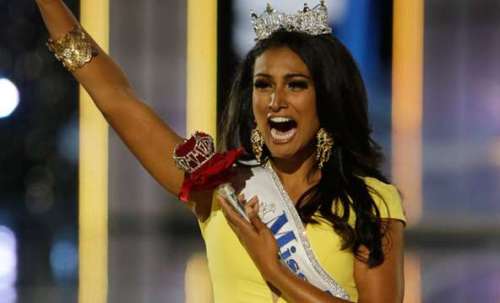 Like other Americans, Asian Americans and Pacific Islanders (AAPI) including Indian-Americans were hit hard by the Great Recession, but they fared better than any other racial group, according to a new report.

During the economic downturn, the unemployment rate more than doubled for Asian American workers from 3.2 percent in 2007 to 7.5 percent in 2010, a study released by the US Department of Labour.

But “For the most part, as a group, AAPI workers have had more favourable economic outcomes than workers in any other racial group,” noted the study titled “The Economic Status of Asian Americans and Pacific Islanders in the Wake of the Great Recession.”

In 2013, the AAPI community had nearly the highest labour force participation rate at 64.9 percent and the lowest unemployment rate at 5.6 percent.

Within the group, the Japanese have the lowest unemployment rate at 3.3 percent followed by Indian and Chinese at 4.4 percent and Vietnamese at 5 percent.

Together, workers in AAPI communities also have the highest weekly median earnings of all the major race and ethnic groups ($987).

However, when controlled for age, sex, and educational attainment, unemployment rate for Indians is actually higher than comparable whites, the study found.

This difference suggests that the Indian community as a whole tends to be more educated, but when looking at similarly situated white workers, their employment outcomes are less favourable.

Among Asian Americans, Indian (16 weeks) and Korean (15 weeks) unemployed workers have the shortest average durations of unemployment, whereas Vietnamese workers have the longest (27 weeks).

Weekly earnings of Indian, Chinese, and Japanese workers are well above the average for all AAPI workers.

Indian and Pacific Islander women have similar gender earnings ratios as the average for all Asian Americans (75 percent).

The report suggested that education differences may play the greatest role in the differences in earnings of the racial groups.

Indian, Japanese, and Chinese Americans have the highest wages, making 32, 24, and 13 percent more than whites respectively.

But if individuals with the same level of education are compared, the gaps for Indian, Japanese, and Chinese workers shrink dramatically to 10, 8, and 1 percent, respectively, the study found.

Thus for these ethnic groups, education explains most of the wage differences, since on average Indian, Japanese, and Chinese workers have higher levels of education than the rest of the labour force.

Since many AAPI workers are concentrated in relatively high-wage areas-such as metro-areas in California or New Jersey-this also explains some of the difference in average wages relative to whites.

Overall, when workers who are similar in terms of demographics, education, geographic location, citizenship and English language ability are compared, the wage differences between AAPI and white workers change considerably.

For Indian and Japanese workers, the wage differences shrink to one-third and one-fourth, respectively, of their original magnitudes.

Reflecting the relatively recent influx of immigrants, a large share-about 65 percent-of the AAPI community is foreign born including over 70 percent of Indians, Chinese, Koreans, and Vietnamese.

Nearly one-third of the AAPI community resides in California alone, compared to roughly 12 percent of the total US population located there.

Within Asian ethnic subgroups, 76.1 percent of Indian, 58.7 percent of Korean, and 56.8 percent of Chinese individuals have a bachelor’s degree or higher.

The Japanese community has the lowest labour force participation rate; Pacific Islander and Indian communities have the highest.

Within the AAPI community, Indian and Filipino groups have the highest rates of employment at 64.9 and 64.6 percent.

Within Asian subgroups, more Filipino women are employed (57.1 per-cent) than any other community; Indians had the smallest share of employed women (36.8 percent).