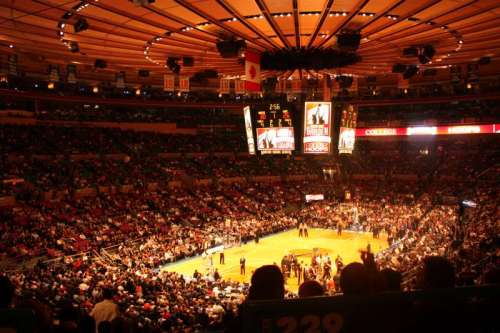 People are coming by chartered flights, buses and trains, besides driving down to New York from all over North America, as the Indian diaspora comes together on an unprecedented scale to honour Prime Minister Narendra Modi at a community reception at New York’s Madison Square Garden in downtown Manhattan Sunday.

About 18,500 people will be at the venue and several thousand more are expected to watch the reception from a large monitor set up on Times Square and in video relays at more than 40 universities across the US, according to Anand Shah, the spokesperson for Indian American Community Foundation that is organizing it.

“An event like this is something that is monumental for our community,” he said of the enthusiastic response. More than 30,000 people registered for tickets and the 18,500 were chosen by a lottery and 2,000 were placed on a waiting list.

More than 400 organizations have signed on Welcome Partners for the event, itself an unprecedented show of unity in the community. Although Shah would not say how much has been raised so far to pay for the function, he said the foundation received several thousand modest contributions online.

“It’s largely individuals who recognize the inflection point that India-US relations are at (and) the opportunity to bring Indian Americans and Americans together and show that India and the US can have stronger relations,” he said.

“This is the first time, a community reception of this scale is being organized,” Thomas Abraham, the founder of the Global Organisation of People of Indian Origin (GOPIO) and one of the pioneers in organizing Indian community events, said.

“The Indian community groups have been doing a fantastic job in mobilizing the community to reach out to the American society and projecting a good image of India.”

As for what an event like this can achieve, Abraham said, “The community wants to connect to India’s leader. I am sure it will motivate more people in the community to do more things for India and help our second generation also to connect with India. A large community reception with India’s prime minister will also be noticed by the American society.”

Shah said that several American politicians are expected at the reception.

The Madison Square Garden is the home of the New York Rangers ice hockey team and the Knicks basketball team. Two National Democratic Party Conventions, which nominate presidential candidates have been held there and it has been the venue of George Harrison’s Concert for Bangladesh and performances by U2 and Michael Jackson.

TV Asia will be telecasting the reception. It can also be viewed on the Foundation’s website, pmvisit.org.

Shah said that Doordarshan, Times Now and NDTV have asked for video feeds.

Modi will be speaking in Hindi and simultaneously subtitles in English will be on the screen and an audio translation will be webcast on the Foundation’s website.

Officials have worked with the organisers to facilitate transportation and to arrange for movement of people, he said. New Jersey Transit will run special trains and Path subway system will run on weekday schedule to provide more frequent services.