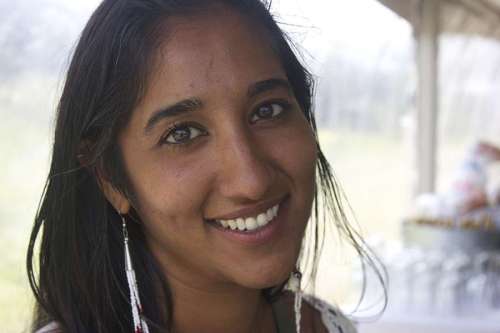 Khanna, Fellow at Movement Strategy Centre, has won the award “For her work as a food justice activist organizing across communities for equitable and ecological food systems on local, regional, and national levels.”

The JBF awards covering all aspects of the industry -from chefs and restaurateurs to cookbook authors and food journalists to restaurant designers and architects – are presented each spring at Lincoln Centre.

New York based JBF also maintains the historic James Beard House in the City’s Greenwich Village as a “performance space” for visiting chefs and hosts conferences, tastings, lectures, workshops, and food-related art exhibits around US.

Khanna is also a co-founder and the Field Director of Live Real, “a national initiative dedicated to amplifying the power of young people in frontline communities shaping radically different food systems through policy and practice.”

As a Movement Strategy Centre Innovation Fellow, Khanna, according to her profile, applies lessons from other social justice movements to build a stronger, more aligned, and strategic food justice movement.

Committed to creating equitable, ecological systems, “she has spent nearly 15 years focused on transformative change through agriculture and food systems.”

Based in Oakland, she’s worked as an educator, community organiser, activist and policy advocate transforming local, regional, and national agri-food systems from field to vacant lot to table.

Khanna holds an MS in International Agricultural Development from University of California, Davis, where she developed curriculum for the first undergraduate major in sustainable agri-food systems at a Land-Grant University.

She also has a BA from Hampshire College, where she focused on using music and dance for ecological justice. She is also a certified Vinyasa yoga teacher and permaculturalist.

“A first generation South Asian American, Navina’s worldview is shaped by growing up – and growing food – in the US and in India,” according to her profile.