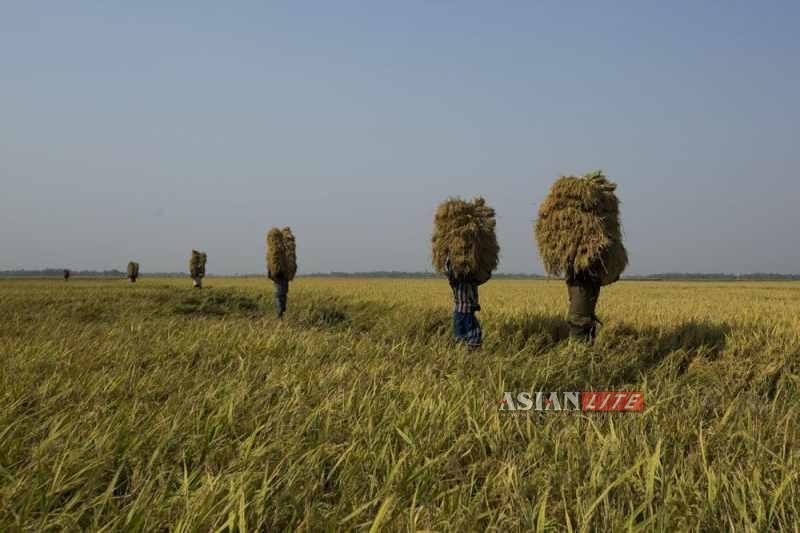 An expatriate Indian has embarked on a first-time challenge of cultivating rice in the United Arab Emirates (UAE), a media report said.

Sudhish Kumar, 41, who entered the Limca Book of Records for growing the longest okra(41.91cm), and the smallest as well (3.81cm), has been waiting for the harvest of the staple crop that he cultivated in the desert-like climate of UAE, different from the warm and damp climate necessary to its growth, Gulf News reported Wednesday.

Kumar, a commerce graduate with no formal qualification in agriculture, said careful planning has helped him address the concerns.

“Rice has not been grown as a crop in the UAE and there have been several failed attempts in places like Al Ain. If and when my current crop harvests, it will be a first in the country,” the report quoted Sudhish Kumar, who hails from Thrissur in the south Indian state of Kerala, as saying.

Rice is normally grown as an annual crop, the cultivation of which is labour-intensive and requires ample water.

“I do everything by myself and that means spending three-four hours of my time everyday to make up for the required man hours. Just sowing about 1,300 seeds took me almost a day,” Kumar added.

According to Kumar, who also grows brinjal, cauliflower, cabbage, okra, tomatoes for private consumption, a bed of cement underneath the crop would prevent the water from draining.

Kumar has been working as a supervisor at the Sharjah Electricity and Water Authority.

“Organic farming is the key to healthy living and we must encourage it at all levels,” said the man who claims to be an “accidental” farmer.

The father of two, who has won several awards, including a trophy from the Indian Association in Sharjah, is also cultivating wheat for the first time and hoping for the crop to harvest next month, the report said.