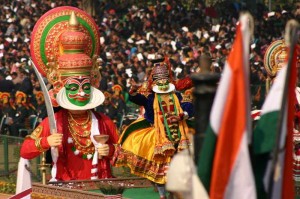 Remittances to Kerala have continued to grow ever since Keralites started migrating to the Gulf region, a study said.

The number of Kerala emigrants as estimated by the study in 2014 was 23.63 lakhs.

The study titled Kerala Migration Survey (KMS)- 2014 is the sixth in the series of an ongoing migration monitoring study being conducted by veteran demographer K.C. Zachariah and S. Irudayarajan of the Centre for Development Studies, that was released here, Wednesday.

KMS has a 16-year history in migration research with its first survey in the series conducted in 1998.

Irudayarajan said: “Remittances were 1.2 times the revenue receipt of the state, 4.9 times the money that the state got from the centre as revenue transfer and 1.5 times the entire government expenditure besides this is sufficient to wipe out 60 percent of the state’s public debt.”

The study reveals that the per capita income in the state would be Rs.63,491 without taking in to account the remittances, but would be Rs.86,180 if remittances were taken into the calculation.

This is an increase of 36 percent in a three year period.

He said the cash inflow by way of remittances has a very significant effect on the state’s economy and the living condition of its people.

Remittances, thus, form a very significant component of the income of Kerala households.

“A fairly large number of households with emigrants or return emigrants use the remittances they receive for the construction of houses. The quality of houses varies very sharply by the number of NRKs in the household.

Similarly, possession of common consumer durables such as television, cell phone has increased since 2008 with respect to all the consumer items without any exception.