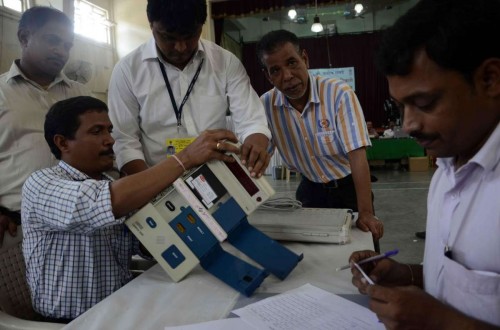 “Anyone sitting anywhere in the world in front of a computer that has internet facility can log on to www.ceo.kerala.gov.in and carry out their online registration,” chief election commissioner Nalini Netto told reporters here.

“Once done, a registration number will be sent through an SMS. Once the application is processed, the result of it would also be intimated through an SMS,” Netto said.

“The voters can indicate their preference if they wish to receive the elector photo identity card through post. All non-resident Keralites, whose name did not figure in the electoral list, can avail the service…,” said Netto.

She said the non-resident people’s names will appear under the NRI category in the electoral list and if they are in the state when a poll is taking place they can cast their votes.

The chief election commissioner said the latest online registration of voters list begins Nov 1 and it will continue till Nov 25.

This revision of the electoral list is an annual affair, she said. “We are planning to appoint campus ambassadors to promote awareness about this enrolment on all the college campuses,” said Netto.

The study also showed that 90 percent of the state diaspora lives in Middle East countries.