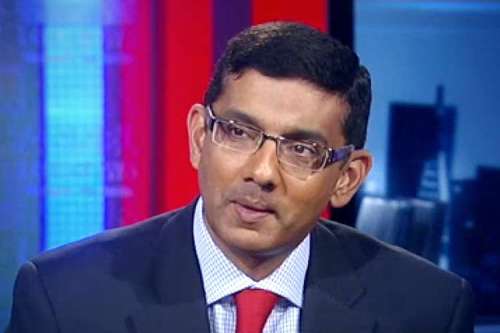 Manhattan’s Indian-American prosecutor Preet Bharara had sought 16 months jail for D’Souza for making $20,000 in illegal campaign contributions in 2012. US district judge Richard M. Berman in Manhattan Tuesday instead gave him five years of probation and a $30,000 fine.

He’ll also have to spend one eight-hour day each week teaching English at a so-called community confinement centre during the probation period.

Before he was sentenced, D’Souza who had pleaded guilty, endured stern condemnation from Berman and a humiliating, harsh letter from his ex-wife, Dixie D’Souza, that was read aloud, according to New York Daily News.

The 53-year-old author of “The Roots of Obama’s Rage” and its accompanying documentary, “2016: Obama’s America,” enlisted his mistress and an assistant as straw donors for Republican candidate and longtime friend Wendy Long in her US Senate campaign.

Conservative allies including Laura Ingraham submitted letters of support to the court, vouching for D’Souza’s character and saying he simply made a careless mistake by trying to help Long’s longshot campaign.

Ex-wife Dixie, with whom he is in the midst of a bitter divorce battle, wrote otherwise.

Berman read her letter, in which she said D’Souza had forged her signature on cheques as a way to skirt campaign finance laws. Even worse, she wrote, D’Souza was violent toward her, Daily News reported.

“It is my former husband who has an abusive nature. In one instance, it was my husband who physically abused me in April 2012 when he, using his purple belt karate skills, kicked me in the head and shoulder, knocking me to the ground and creating injuries that pain me to this day,” she read out loud.

D’Souza’s attorney dismissed those allegations as completely false, according to Daily News.

A former policy advisor to President Ronald Reagan, D’Souza was forced to resign in October 2012 as president of The King’s College, a Christian school in New York, when it emerged that he was engaged to a woman while still married to his first wife.

Considered the second-most-successful political documentary in US box office history, “2016” has made more than $33 million since it was released in July 2012 during the heat of the presidential elections, according to Deadline.