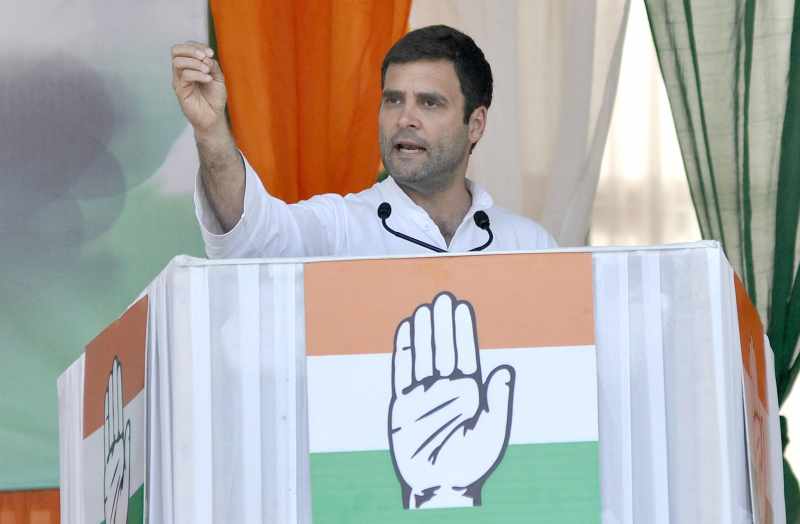 Raising the morale of party workers, ideological consolidation, policy revamp and a sustained grassroots campaign are among the measures being suggested by Congress leaders to revive the party’s fortunes after its crushing defeat in the Lok Sabha polls.

In the immediate aftermath of the Congress’s poll debacle, party leaders said a key reason for its shocking performance was that workers were not enthused sufficiently for the contest.

“It was as if we had lost the contest even before it began. It looked as if we were tired of ruling. Workers were not very enthused,” said a party office bearer, wishing he not be identified.

Another party functionary said there was a disconnect between the party and the government during the last five years of the United Progressive Alliance rule and it affected the morale of workers.

“There was a constant complaint by workers that ministers did not meet them. The workers felt they were not given their due by the government,” the functionary said.

A party general secretary, who also did not want to be quoted, said he met only a handful of ministers during the UPA-I government.

“I met a few ministers who had earlier held All India Congress Committee (AICC) assignments as I have a rapport with them. Many others did not seem inclined (to meet),” the leader told IANS.

Party leaders also said that workers did not feel free to express their thoughts before the top leaders.

The office bearer said signals from some party leaders that they did not want to contest the election did a lot of damage to the party’s campaign.

“Digvijaya Singh should have contested against Sushma Swaraj in Vidisha. Leaders like P. Chidambaram, Kumari Selja should have also contested. It sent a message among the workers that you are losing the election… you are trying to run away (from the poll battle),” he said.

The disappointing results are also likely to lead to criticism of party vice president Rahul Gandhi’s much publicised efforts at ushering in internal democracy in the party due to a feeling among sections that it has not produced the desired results.

Rahul Gandhi had started a process of direct elections to the Youth Congress and the National Students’ Union of India (NSUI). He had also initiated the process of selecting candidates through primaries but all the candidates chosen through this process lost in the Lok Sabha polls.

“I think direct elections to the NSUI and Youth Congress should be stopped. Congress is a movement,” the party office-bearer said.

He added that the leaders thrown up by direct elections seem to be lacking an appetite for aggressive politics.

The party leader said Rahul Gandhi had nice ideas but some of them “are not very practical”.

“Whether an idea succeeds or not, he wants to see through his own experience,” the leader said.

Another party member said the Youth Congress, which is a key frontal organisation of the party, and the NSUI, the party’s students wing, did not appear to have given an edge to the Congress’s election effort.

“They are supposed to be the most vibrant organisations of the party. There was failure (on their part),” the member said.

Party leaders also said there was a need to strengthen the party’s ideological moorings at the grassroots in the wake of the Bharatiya Janata Party expanding its base and getting absolute majority in the Lok Sabha for the first time.

The BJP won 282 seats while the Congress could get only 44, its lowest tally in any parliamentary election so far.

Congress leader Girija Vyas, who lost the Lok Sabha election from Chittorgarh in Rajasthan, said the party will have to work “very hard” at the grassroots for its revival.

“I remember that we worked continuously at the grassroots for days and months after the party’s defeat in the 1977 election,” Vyas told IANS.

Another leader said the party “needs to go back to the grassroots and re-establish the connect with the masses”.

He said the middle classes were not enthused by the constant stress by the Congress on welfare schemes for the poor.

“The middle class felt that money was taken from them in the form of taxes and was being handed out to the poor in an unproductive way in the form of doles,” the leader said.

Party leaders said corruption was a major issue during the election and the party could not communicate its viewpoint on several issues effectively.

They said issues of price rise and inflation cost the party dear in the election as women turned against the Congress in large numbers.

They said the party also could not create a buzz among the youth.