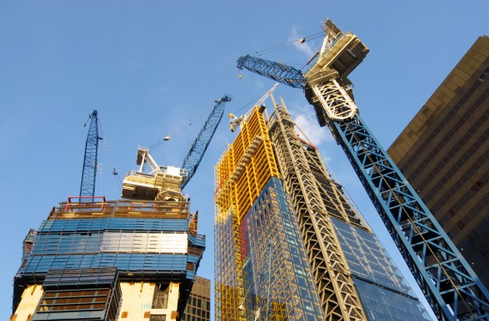 Jean Uzoma, a redoubtable 67-year-old community activist, lives in one of Europe’s biggest housing development zones close to the Thames in south London.

From Jean’s fifth floor balcony, imposing glass towers and cranes edge towards her estate both east towards Waterloo and Southwark and west to Vauxhall and Battersea.

But Jean sounds almost affronted when asked whether the thousands of newly built flats in her community will provide homes for her daughter’s family who were priced out of the area years ago.

“Don’t be stupid!” she laughs. “Nobody’s going to live there who comes from here.”

Less than quarter of a mile from Jean’s flat and running parallel to the River Thames is a 195 hectare muddle of arterial roads, elevated rail lines, offices, distribution businesses, data centres and council estates.

Between the vast, looming towers of Battersea Power Station and the forbidding, fast flowing road junction of Vauxhall, thousands of new homes and public spaces will, according to the Mayor, attract international investors and reinforce London’s status as a world city buoyed by the input of internationally renowned architects such as Frank Gehry.

Council officials sold the mammoth project to residents on Jean’s estate on the basis that over a third of the homes would be affordable. But, according to Bureau research, just 17% of the 15,000 VNEB homes currently in the planning process in the two London boroughs hosting the development are likely to be priced at below market levels.

At various times during the 43 years on her estate, Jean has chaired the tenant’s association, run the advice centre and acted as a trustee for both a neighbourhood law centre and a local adult education college – not to mention helping secure notable improvements to what once was a sink estate.

No shrinking violet and not one to throw in the towel, even Jean has given up fighting the developers and their plans for luxury homes.

“I tried in the past, along with some people in our Tenant’s Association, to block some of the planning applications along here. But you waste your time because even if we convince Lambeth and Lambeth refuses permission, the developers appeal and get it anyway. So what is the point?”

What’s happening to Jean’s community in south London is a story replayed across the UK and goes to the heart of Britain’s affordable housing crisis.

In England, there are 1.4 million households on council waiting lists – a 34% rise since 1997. This includes nearly 85,000 children living in temporary accommodation – equivalent to more than the entire population of the Hertfordshire town of Stevenage.

But against this swelling tide of humanity unable to secure a decent, stable home; the supply of affordable housing has gone into reverse.

Government figures project 42,710 affordable homes will be built in England in the year to April – the lowest number since 2006 and a 26% fall since 2010.

Affordable supply in Britain has never recovered from Margaret Thatcher’s flagship ‘Right to Buy’ policy, under which approximately two million council homes were sold at a substantial discount. Local authorities were banned from using the proceeds to replace council stock.

Since the Thatcher years, housing associations have been the main providers of homes for people priced out of the market. Some are colossal organisations with net assets worth several billion pounds. They earn substantial revenue from rents and many of them increasingly, develop homes for sale to the mainstream market.

To build cheap homes, housing associations have for decades relied on two things: an annual government grant worth billions of pounds and access to land

Today, however, the affordable housing sector has been winded by a double punch – one thrown by the Treasury, the other by the planning system.

George Osborne, in his 2010 Whitehall spending review, announced a 60% cut to the affordable housing grant. In June last year, the chancellor followed this with a further 2.2% reduction.

In return for the grant cut, the government has allowed housing associations to increase rents on their new build homes to 80% of market rents.  These so-called “affordable rents” have replaced significantly cheaper, social rents. It means that in many areas, particularly in the south east, even affordable rents are out of reach of ordinary people.

To Jon Sparkes, chief executive of Crisis, the homeless campaign group, low cost housing providers are in danger of forgetting their core mission.

“Worryingly, we have seen a huge cut to the housing grant and woefully low levels of affordable homes being built,” she said. “Combined with ‘affordable rents’ of up to 80% of market rents, we are extremely concerned about the future of the sector as a whole.”

As housing associations adapt to a new cash constrained world, the other mainstay – affordable houses built by the private sector – is also in freefall.