Manchester-born star Sam Kelly, best known for his roles in ‘Allo Allo’ and ‘Porridege’, has died at the age of 70. 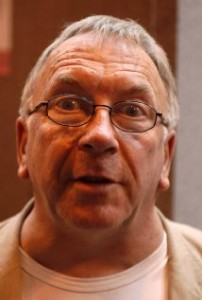 She said that he doesn’t leave any family but had host of friends who were his chosen family.

Former Doctor Who Colin Baker paid tribute on Twitter to his colleague from drama school, describing Kelly as a “lovely, funny, talented chap”.

“Cannot believe that lovely Sam Kelly has died,” he added. “So sad”.

Baker studied alongside Kelly at the London Academy of Music and Dramatic Art in the 1960s, BBC reported.

Quadrophenia film actor Phil Davis, said on Twitter: “So sad to hear that Sam Kelly has died, a wonderful actor, a proper gent and one of the funniest men I ever had the pleasure of working with.”

Kelly played prisoner Bunny Warren in the BBC’s Porridge between 1974 and 1978 and Nazi captain Hans Geering in the first four series of Allo ‘Allo between 1982 and 1987. His other roles include the ITV sitcom Barbara and On the Up, in which he appeared alongside Dennis Waterman and Joan Sims.